Arrived in Delhi at 4.30am, bleary eyed and definitely not bushy tailed!! Got hounded as soon as we got off the bus by TukTuk drivers, which after about 5 minutes sleep, didn’t go down too well… Jayne took the brunt of my anger but, thankfully, it was short lived as we found ourselves walking towards the metro station and away from pestering TukTuk drivers! Took a short metro ride to New Delhi station and from there it was plain sailing (mainly cause we knew where we were headed!!). Quick pit stop at the International Tourist Office to buy our train tickets for Agra tomorrow and we were back at Zostel Delhi. Couldn’t check until 12pm so we left our bags in storage and headed out for the day.

Headed back out on the metro to visit Humayun’s Tomb. Built in the mid-16th century, the two-tone combination of red sandstone and white marble was truly breathtaking. Because we were there so early we managed to visit the main tomb, the other tombs in the complex and the 30 acres of formal gardens without loads of tourists.

After the tomb, we headed towards the National Zoological Gardens but when we saw the crowds (and got more requests for having our photo taken with various Indian families) we decided to avoid it and head instead to the War Memorial Arch (also known as India Gate). The 42m-high stone memorial pays tribute to around 90,000 Indian army soldiers who died in WWI, the Northwest Frontier Operations and the 1919 Anglo-Afghan war. 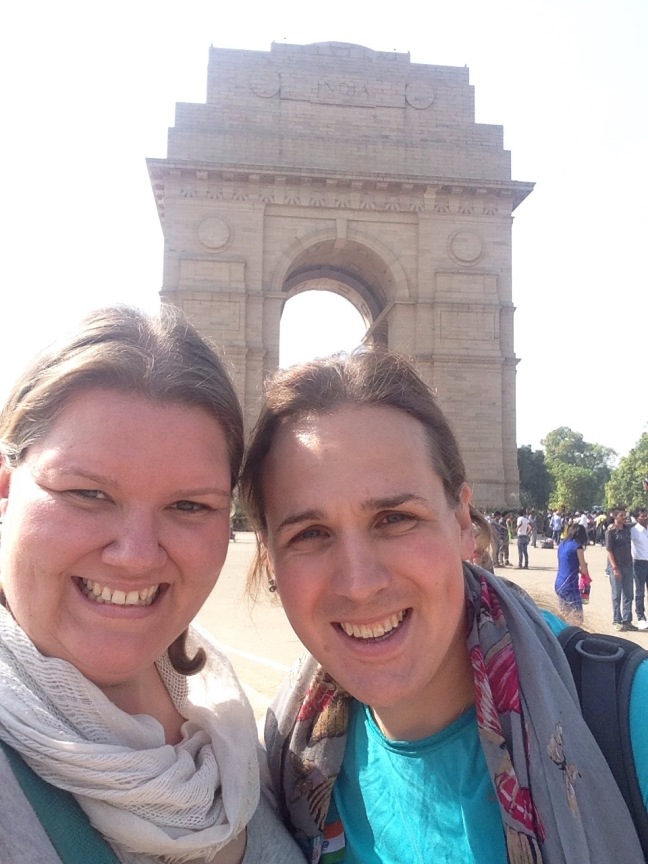 Wandered along the gardens towards the metro and headed back to the hostel to check in, shower and plan our next few days in Agra.