Started out day with a much needed lie in… Don’t think either of us realised how tired we were!! Left the hotel around 11.30am to head to the fort-palace of Amber. Got a TukTuk from outside the hotel and within 5 minutes of driving the brake cable snapped!!! The driver pushed it to the side of a very busy road, pulled open his seat / tool box and fixed it himself within 3 minutes… Quite impressive! The rest of the journey was pretty uneventful after that even when the police stopped us to check his license! 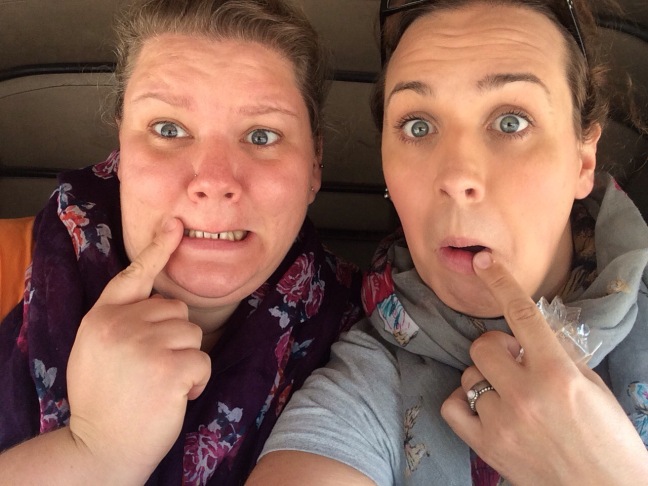 Arrived at the Amber Fort and climbed up to the top. Construction began in 1592 and it is bursting with artistic and defensive grandeur. The hills surrounding the fort are littered with battlements and walls whilst the town is situated in the valley. The fort itself had a few different halls, although our favourite was The Jai Mandir (Hall of Victory) as it was decorated with mosaics, mirrors and carved marble. A security guard saw us peeping through the locked grill and, in exchange for 10 rupees (10p), he opened the gate and took us down to the underground water stores. It was quite remarkable how they were able to store such large quantities of rain water to be used daily within the palace. We also found the tunnel system used to connect Amber Fort to the nearby Jaigarh Fort (which was built in 1726).

We then headed back to Jaipur via the Water Palace – an abandoned palace built in the middle of a lake. A beautiful property sadly ruined by the amount of rubbish floating in the water and the amount of rats running around on the banks.

Once back in town, we went for a wander around the new part of town. Sat down to admire the ‘Royal Albert Hall’ when we got descended upon by about 50 Indian (mostly female) tourists, all desperate to shake our hands or touch my hair. I even got a child pushed into my arms whilst Jayne looked on and laughed!! It was the couple who asked for a photo with the two of us and then blatantly cut Jayne out of the frame that made us laugh the most!!!