Got up at a more reasonable hour and spent the morning chilling out, sorting out stuff, buying supplies for our camel safari and talking on Skype with the Parks – so good to see Ed, Narae and baby Ben. Can’t believe how much he has changed and grown since we left. Made us both feel a bit homesick!

We were collected from our hotel by our camel safari company and, after collecting 7 other people, were squeezed into 2 jeeps and headed out to the desert. First stop was an abandoned village. Not sure if I heard it correct from the guide but it was something to do with sons wanted to marry sisters (or daughters) and the Maharaja not agreeing so the villagers left… It was a bit odd, with some houses being restored so you could get a birds eye view of the village and local kids asking for money – was kind of glad to get back in the jeep!! 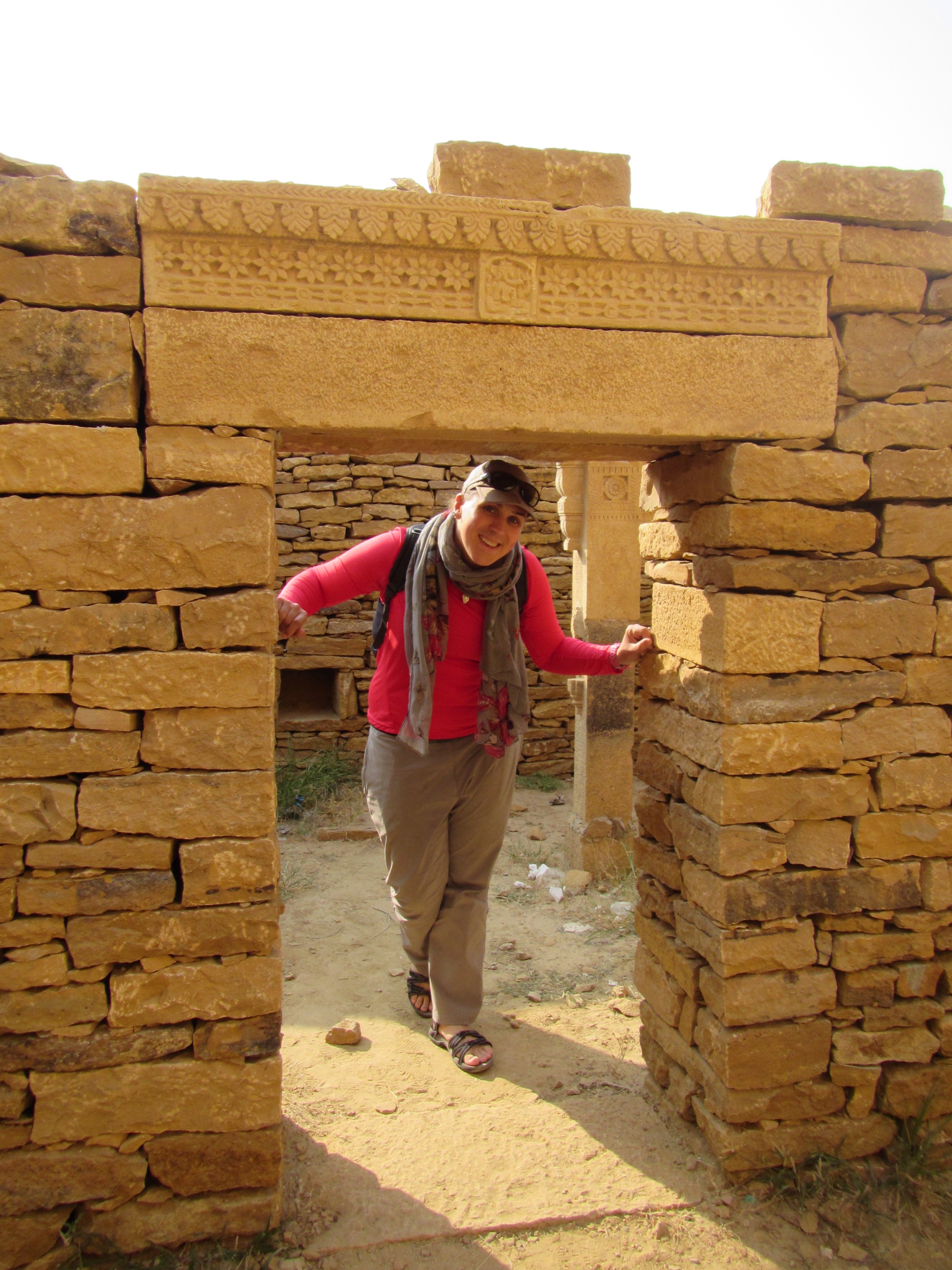 Another quick stop in a working farmers village before we got to our camels. I got to go at the front (think because I looked like the one most likely to fall off at any given point!). My camel was a little bit grumpy and had a tendency to flick his legs around a bit so I was holding on for dear life!! Jayne was bringing up the rear of our group on her camel and was much better at riding it. On our trek, we saw sheep farmers, villages and wild deer.

Going up hill on the camel was much easier than going down hill! By some miracle, we made it to ‘camp’ without any accidents and we got to watch the sunset with a chai tea and some snacks whilst chatting to the other people in our group (3 Indians, 2 Israeli girls, 1 Brazilian and 1 German).

The men unsaddled the camels and let them roam free. We then had dinner around a camp fire and got to listen to traditional desert village music. Jayne and I spent time star gazing whilst the others went for a dune walk. Our beds were mattresses laid directly on the sand dune so we camped out under the stars listening to the bells on the camels necks as they grazed on desert vegetation.