Slept for as long as possible and were very slow at getting out of bed – reading books and working out what to do with our time in Udaipur. Got up, washed, dressed and headed out for the day. Since I was in (a bit of!!) a grumpy mood, we headed to a local cafe for breakfast that was also a French bakery. Cheered myself up with a chocolate croissant and a pineapple juice made by basically putting a pineapple in a blender!
Next we walked through town and went to the Jagdish temple – abeautifully  engraved Indo-Aryan temple built in 1651. It had a black stone image of Vishnu inside which is the first one we’ve seen during our travels in India. 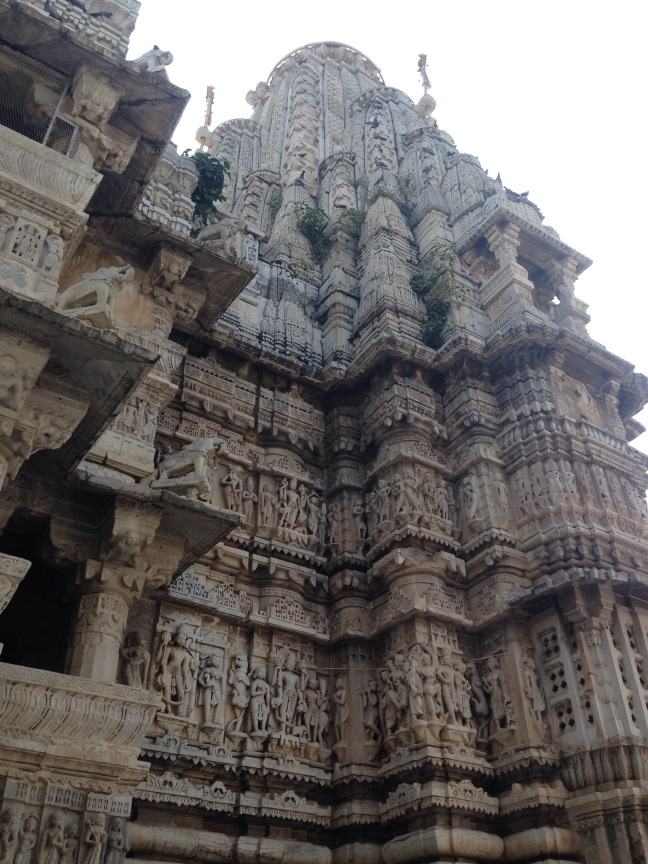 After that, we headed to the city palace. Built with balconies, towers and cupolas, it is Rajasthan’s largest palace. It has some nice views over the lake and city but the most of the City Palace museum was pretty bland – it might have been better with an audio guide but we were both still pretty tired from our journey yesterday and not in the mood to be educated!! Our favourite section was the sculptures and the music instruments, which had brass men made out of wire holding each one so you know how it could be played.

Went for a stroll around the town, visiting the lake and buying sweets for the family that run out guest house (for Diwali). As we went to head out for dinner, they gave us a weird corn/butter/milk drink. I’m not going to lie… It tasted and had the consistency of drinking warm sugary vomit! Drank it whilst posing for photos with the new baby and chatting to the different family members. Had an amazing local Thali for dinner – Jayne had hers ‘Indian spicy’. Think the owner was secretly impressed that she could handle that much heat!! 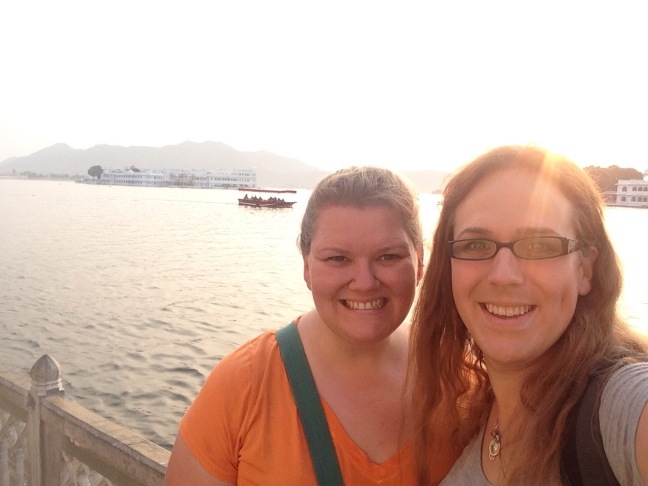 On the way back to the hotel, I met the most gorgeous calf – tried to feed him the green stuff his was given but he kept just wanting to lick my fingers!! As it’s the first officially night of Diwali celebrations, the air is full of fireworks and bangers. It’s been going on since sunset (so as I write this blog, it’s been 5 hours!). The air smells like gunpowder and some of the bangers are incredibly loud. We were both glad that the restaurant we went to was nearby as the walk home was made significantly longer by having to stop to let people set off fireworks in the middle of the street!