It’d be nice to say I had the flair and panache that Katherine has for writing the blogs, but sadly, I do not. I do however, on this occasion have the stronger stomach and immune system. Something about the Thali on our treetop restaurant has taken the wind out of her sails and we’ve taken it easy today.

But, as we all know Katherine, taking it easy doesn’t account for much… 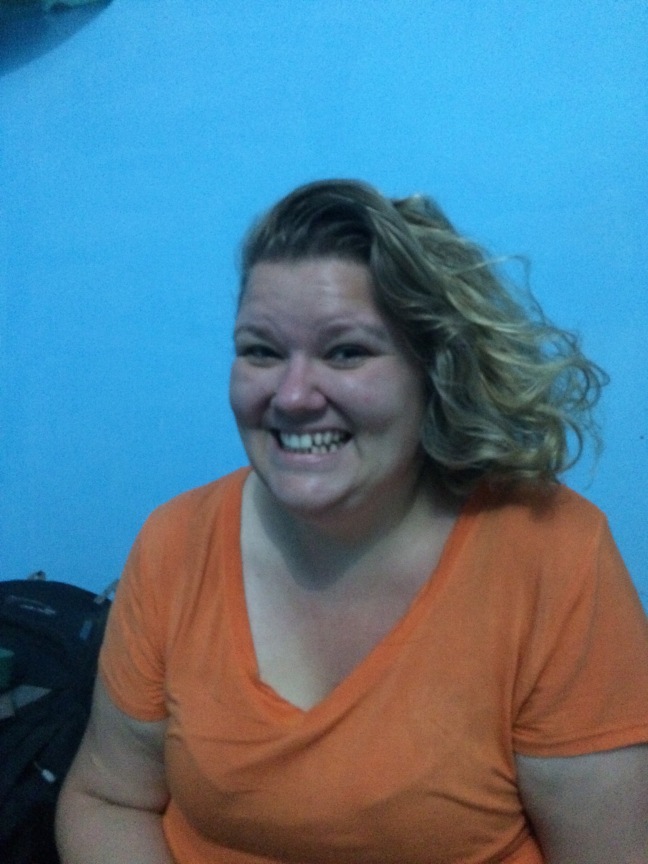 I meandered my way through the ‘streets’ of Varanasi to the German Brown Bread Bakery to go get breakfast. I say ‘streets’ loosely, as they are indeed the main thoroughfare between the ghats and the temples, and yes even motorbikes pass through. But, it’s only at the crossing alleys and when shuffling past a disgruntled Sacred Beef Burger that one is unable to touch buildings on either side at once. My MapsMe app has left me down here, and I’ve had to rely on my sense of natural navigation and good memory of building features to discern one set of open sewer to another.
Returning triumphantly and proudly with breakfast, the family dog was as eager to see me as Katherine. All three of us, enjoyed scrambled egg, omelette and amazingly fresh bread with views of the Ganges from our rooftop. We then got lost in thought and marvelled at the kid on another roof top whom had managed to get his kite so high in to the air from the most unlikely of angles between buildings and trees. I tried to fashion a kite myself from leftovers on the roof and what had clearly crash landed and was quite content with my 3metres. The same kid, knowing full well how impressed we were with him at this stage, reeled in the kite and sent out at a slightly bigger one, reaching greater heights and going further. It was breathtaking, until he set about attacking another kite in the distance. He was victorious and celebrated with glee.

Mustering up the strength to depart the guest house, the determined Katherine wished to join me in coming to the bus station to enquire about the next leg of our journey. We walked back to the main road, where last nights TukTuk driver wanted to drop us off (we think there must be an inner city permit) and I decided on a new technique to their haggling. I will take their offer, which is three times more than it should be, but he had to wait at the bus station for an hour and bring us back. All in all, even the locals who had to translate for the poor confused driver, were impressed with the deal I had managed, the TukTuk driver having not really understood what he agreed to until it was translated to him. Hahahaha

The government bus stand doesn’t go directly to Bodh Gaya, but we had an escort from a police officer who brought us down the road to a petrol station where they stop for private buses. Better informed, we returned back up the road to our driver who has glad we hadn’t deserted him and left him short changed.

Spotting a decent supermarket on our return we were on the hunt for more Guava Jellies. Those sweets are pure e-numbers, but brilliant for a boost of energy on those long bus rides. The best thing about the shopping trip… The guy being far too noisy and chatty as you were about to leave the store (after your bags are searched against the receipt). He kept leaning in asking what I liked and disliked about Varanasi. I replied with “I dislike you getting in my personal space”. The next five minutes was a genuine conversation about our travels through India so far, but every time he leaned in, I leaned up and over him, to which the guards and other staff were in hysterics about. Clearly, they’ve never noticed that their colleague does it and were in uproars of laughter teasing him, even after we left. The laughter, bless, did nothing to improve Kat’s delicate tummy.
Returning to our lair, it was at this stage that I unveiled my surprise to Katherine. Working secretively on iTunes in the night and any wifi that has been somewhat decent I have been downloading Friends. Confident that she’d never actively search for the TV Programmes section on the program, content with the films section or the usb, the six eccentric and unlikely friends were there at the right time to cheer her up a bit when she still felt a bit drained.
The mouse on the train yesterday was a surprise – darting around the compartments, eating what it fancied from the selection of passengers. But, the mouse in our room was a nuisance. Darting back and forth across the room, under the door, under the table and then eventually on the table around our bags, we had to repack and seal everything and inform the owners of the problem. Tedious to say the least, Katherine braved going out to visit the ghats and we watched the main burning ghat ‘Manikarnika Ghat’.
I won’t say much about the place here, it was memorable and I don’t think we’ll ever see anything quite like it ever again. We were as respectful as possible and didn’t bring cameras to take any photos and stayed seated well away from the ceremonies.

Having left the ghat, a proper meal was in order and we found our way back to the Brown Bread Bakery (passing more processions), to indulge in pizza and Schnitzel. Katherine is very excited about the idea of there being apple cider in stock tomorrow. We think it’s being kept hidden until after the Prime Minister of India and Japan visit tomorrow, in case they fancy a tipple. We got back to our humble, rodent abode where we were graced with the overheard conversations of a couple and a lady who’s rooms have already been given out, due to their train being so late they thought they weren’t going to arrive. They must be pretty worried at this moment in time what we might review them with the extra visitors and double booking. We’ll see what happens tomorrow.
Friday 11th December 2015