Decided that after yesterday, neither of us could face a 12 hour bus journey to Kolkata so we decided to stay an extra day in Bodhgaya. Didn’t set alarm clocks and only woke up when the other guests in the hotel decided that it was late enough to make significant amounts of noise!! Got up, dressed and, still being in a bit of a grumpy mood, headed to the nearby 7eleven shop to buy Oreo biscuits and mango juice for breakfast. Continued walking around town, going to all the temples and monasteries that we didn’t make it to yesterday. Jayne made me stop back at a Tibetan market stall where I had seen a silver ring yesterday that I liked. Think the seller took a liking to Jayne as she chatted to her for about 20 minutes whilst I ‘entertained’ myself by looking at shiny things! Jayne bought me the ring which is engraved with the 6 words from the Buddhist manta in sanskrit – Om, Ma, Ni, Pad me, Hum. As we walked further away from the main square, the temples got quieter and quieter until we were the only ones there. Each temple was surprisingly similar but different to each other. 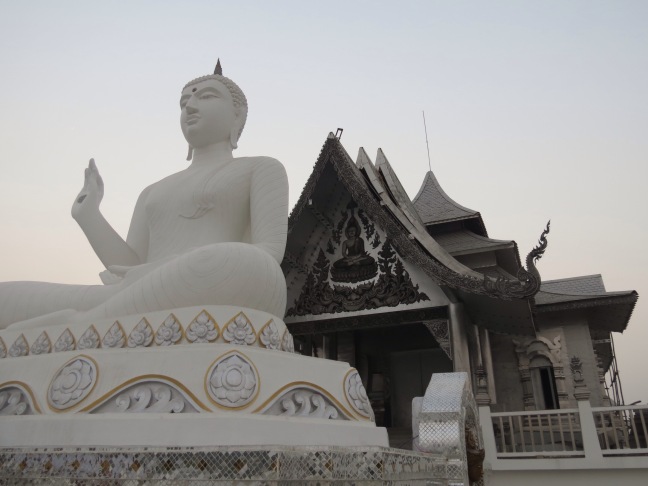 The thing we both found refreshing was the amount of colour used to decorate the inside and outside. Having been exposed to mostly stone and brick over the past few weeks our eyes were feasting hungrily on the wall murals and ceiling hangings! In fact, we sat down in one temple just so we could spend time admiring the ceiling without hurting our necks or feeling dizzy. Our favourite temple was the Terger Temple. Floor to ceiling murals and 3D decorated alcoves filled the huge main temple room.

Along the wall was the story of Buddha – from the queen having a dream, to the prince being born, his education as a child, when he ran away from the palace, his severe penance and finally to his enlightenment. Whilst the story of Buddha has been displayed, in some way, in every temple, it was particularly beautiful in this one. There was a sign saying no photos, which we respected, so unfortunately we don’t have any photos to put on the blog, but it was stunning! Slowly made our way back into town (revisiting the Vietnamese temple in the daylight), going down back streets watching the locals living lives away from tourists. 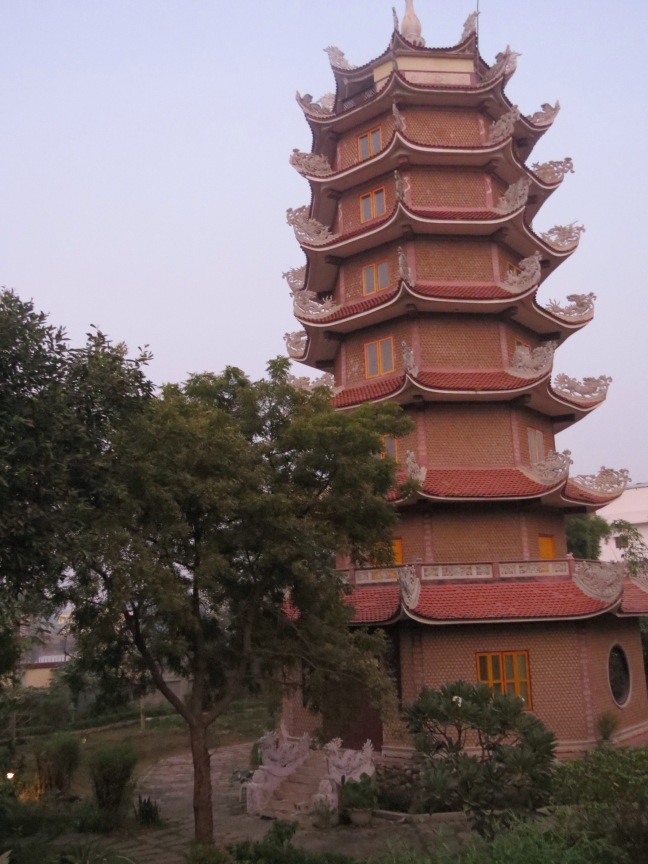 We stumbled across the Korean temple and headed in – Jayne got a bit distracted by a couple of bee eater birds near the entrance but the temple was clearly not very well visited based on the upkeep of the grounds. Headed back to the hotel to grab jumpers and scarves before returning to the Thai restaurant to order exactly the same meal as yesterday!! Went back to the hotel to Skype Mags and Tom before using the poor wifi connection to do some planning for Kolkata and onwards.