Despite a stressful morning where we were concerned we might not get out of Hampi, we did and managed to visit our 24th out of 32 UNESCO World Heritage Sites in India. We wanted to get on the road as early as possible so we weren’t in the bus during the hot midday sun. Got to the bus stand around 6.35am and tried to find a bus to Hospet to get another bus to Badami. After a quick walk around the bus stand, we were approached by several TukTuk drivers who told us that there was a bus strike on today and they could drive us to Hospet instead. Having heard this story many times during our time in India, we decided to wait for a bus up the hill near the temple complex. To cut a long story short, we were on the receiving end of two very angry TukTuk drivers – one who swore and one who called us stupid and crazy because we refused to believe them and waited for a bus. Another TukTuk driver sat down next to us and spent over an hour trying to convince us to let him drive us to Hospet, continuing to repeat the bus strike story and then waving away any bus that came near us. Decided at this point that enough was enough and we started walking the 12km to Hospet. Within 5 minutes of walking, a government bus pulled over and took us to Hospet… It was so frustrating that the TukTuk drivers spun the story to get work and then got angry when we called them on it! Arrived in Hospet, having missed the early morning direct bus to Badami but got a bus to Ilkal instead and then changed buses to get to Badami. 3 hours later with a slightly sore bum from a road that only had enough Tarmac for one vehicle, forcing the bus to drive regularly in the dirt track adjacent to the road. Arrived in Badami, checked into our hotel (Jayne has redeemed herself with her booking choice after the Bhopal hotel disaster!) and we headed straight back to the bus station to catch a bus to Pattadakal, which is known for its group of temples. 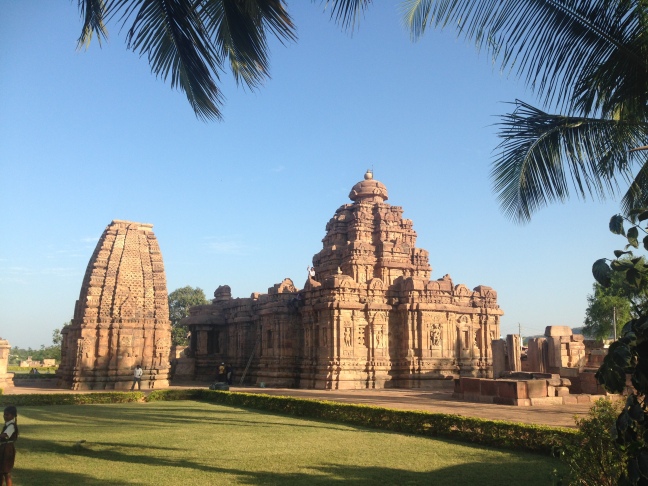 Whilst some of the nine Hindu temples, as well as a Jain sanctuary, date back to the 3rd century AD, most of the temples were built during the 7th and 8th centuries AD. Historians believe that the temples here served as an important testing ground for the development of South Indian temple architecture. The main Virupaksha temple was built in 740 AD by Queen Lokkamahadevi to commemorate her husband’s victory over the Kings from the South. Opposite this temple is a pavilion housing a black stone statue of Siva’s sacred bull. We spent time wandering around the complex, dodging the extensive number of school groups who were also visiting the group of temples at the same time, although I did manage to get corned by a groups of about 20 girls at one point asking for my name on repeat!! 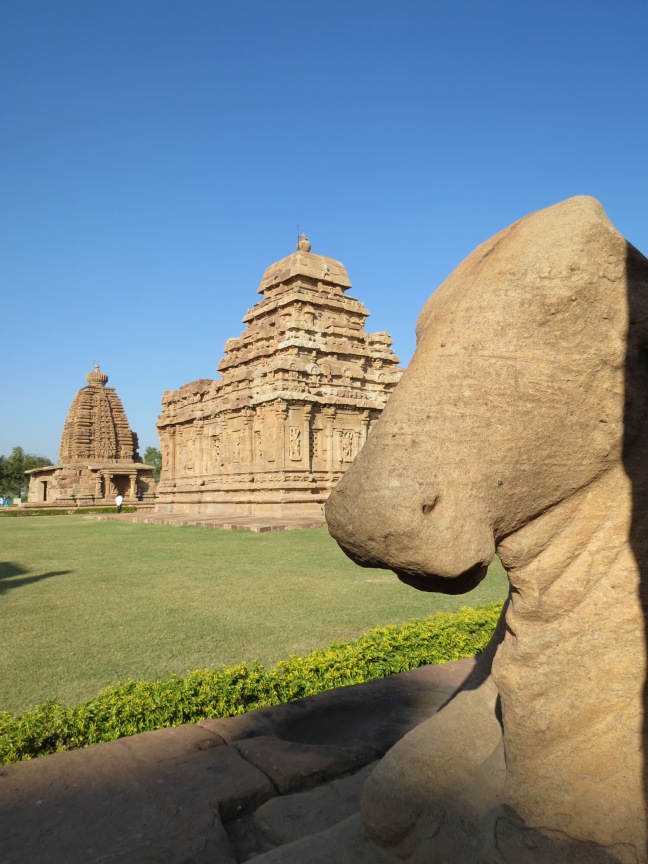 Left the temples and headed to the Jain sanctuary- we were the only ones there. There was a dark walk way around the inside of the temple which was full of bats. Got back to the road and waited for the bus back to Badami. A group of local kids started creeping closer and closer to us, giggling and running away if we took a step closer to them! At one point, they ran off but returned with a piece of sugar cane for Jayne and the ran off again to bring me a piece! Gave them some sweets for my bag and the sugar cane that they were chewing on got quickly discarded!! Jumped on the bus and got into a conversation straight away with a group of teenage boys who were fascinated that we were eating sugar cane. They then pointed it out to us whenever they saw it in the fields. We sarcastically pointed out a banana tree but the humour was lost in translation – they looked at us as if we were nuts!!! Got back to Badami, had some dinner, bought rum in a carton and watched TV before going to bed. 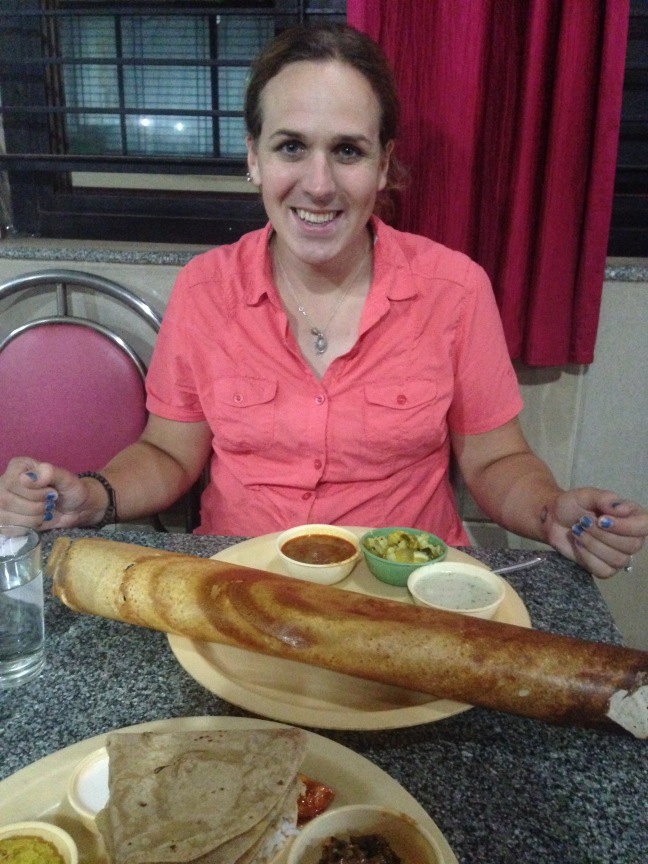