Woke up early after our lazy day yesterday and we were both feeling in much better form. Got up, showered and dressed and went into reception to use the wifi to catch up on publishing blogs and to sort out travel plans for the next few days. The wifi was ridiculously slow this morning so it was almost a blessing when there was a power cut and we had to head out for the day. Went down the road to get a coffee, cake and samosa at Cafe Coffee Day. Had a new member of staff serve us so it took nearly 10 minutes to put the order through the till and then another 20 minutes to get the food and drinks. Fortunately, the vanilla latte was well worth the wait although I’m not entirely sure why we needed 8 extra sachets of sugar!!

Decided to go towards the Bull Temple which was near by. Built in the 16th century by Kempegowda it is described by the Lonely Planet as ‘Bangaluru’s most atmospheric temples’. The temple complex itself was covered in pigeons and guys selling various religious tat.

We decided to head in separately so they we could keep an eye on our shoes. Jayne went in first and returned relatively quickly with a smile on her face. Headed in to see the huge granite monolith of Nandi… 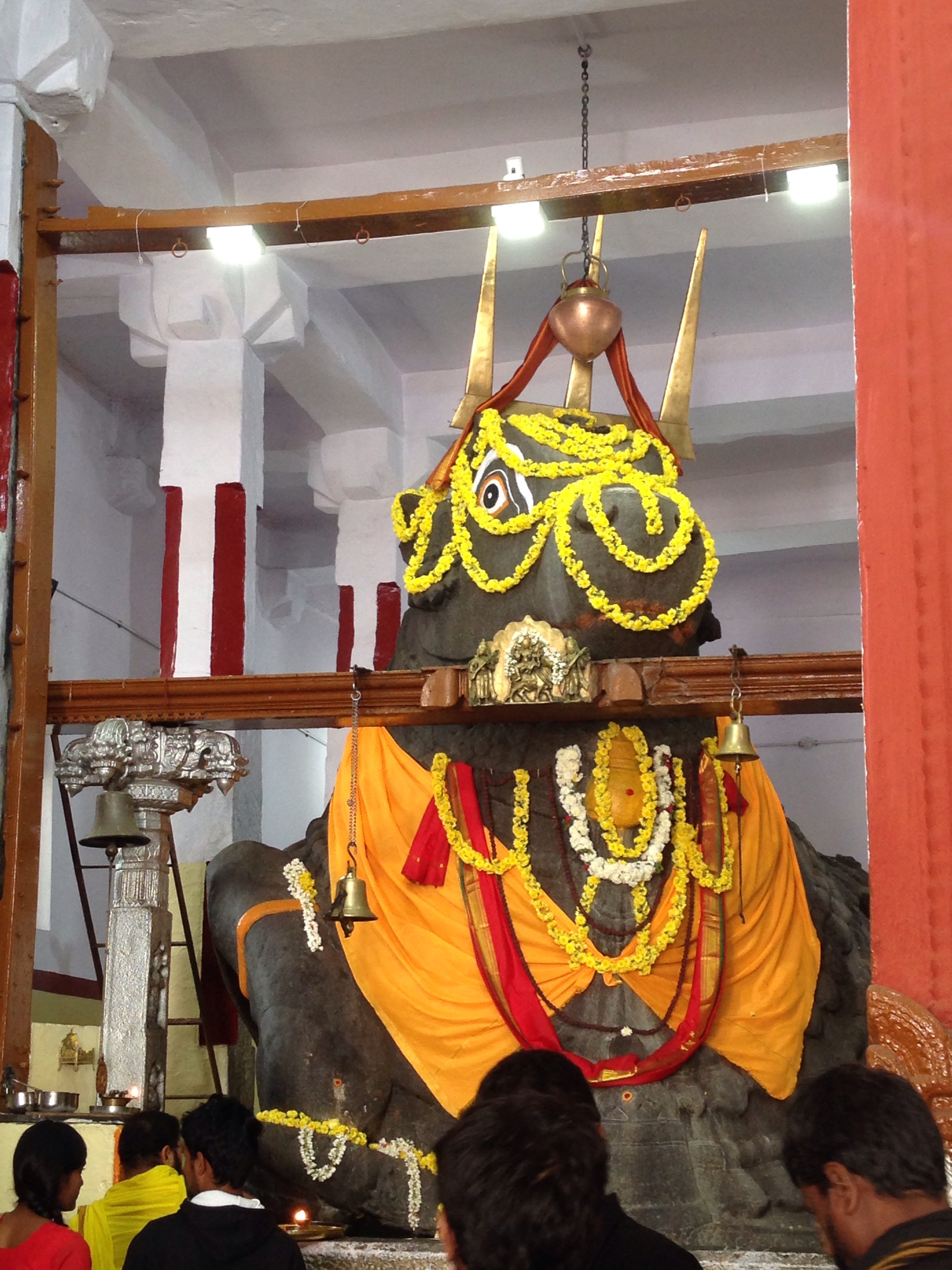 It was a good thing that we went in separately. I could barely keep a straight face and I wouldn’t have managed if I’d looked at Jayne. It was by far the strangest thing that I’ve seen in a long time – the facial expression was especially amusing. Left the temple and walked down the road to the Dodda Ganesha Temple which has an equally enormous Ganesh idol. The temple was closed to the public for a private ceremony so we only got to look through the grills of the gate at his enormous torso. Left the temple area, booked our bus tickets to Chennai for tomorrow and popped back to the hotel to use the toilet. I dragged Jayne across the road to the clothes shop to replace 2 of my t-shirts that are now too big for me and flash a bit too much skin for a conservative country! Just before we went into the shop, we noticed a massive ‘fatty chapatti ratty’ hanging out on the street, totally unfazed by everything and everyone around him.

After that, we walked to the Lalbagh Botanical Garden. Laid in 1760 by Hyder Ali, the gardens are 96 acres of landscaped areas with centuries-old trees and collections of plants from around the world. We wandered around the gardens, avoiding the tourists being driven around on the ten-seater eco friendly buggies. In the middle of the gardens is a beautiful glasshouse which is modelled on the original from Crystal Palace.

We found a hibiscus garden which had the most enormous snake skin floating in the water… Made us vacate the area rather quickly!!

Saw on the map that there was an aquarium but it was an abandoned building in the middle of the gardens – eerily beautiful metal fish decorated the doors and enclosures surrounded the outside part of the building. It looked like a part of the set from Jurassic World. Started walking back to the hotel before the sun set and watched a couple of episodes of ‘F.R.I.E.N.D.S’ before heading out to dinner. Had a progressive dinner… Starter, main course and pudding all in different restaurants. After seeing it advertised, we had a chizza at KFC

then returned to the same restaurant as last night for Dum Aloo and vegetable rice. 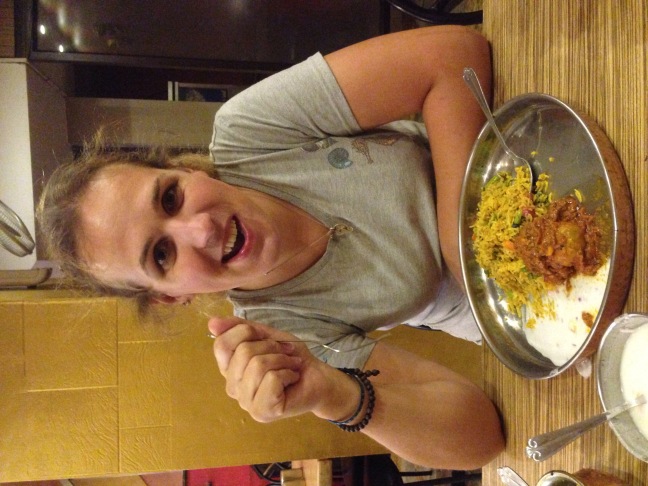 We finished the night with ice cream at the dessert place next to the hotel before rolling into bed!!!