Woke up and had an amazing breakfast of coconut roti with butter and jam – kind of the Sri Lankan equivalent of crumpets!!

We started looking at transport links for today and accommodation for tomorrow night in Trimcomalee. The public transport system here isn’t as frequent or extensive as in India (although it is considerably nicer!!). We worked out that we needed to get three (maybe four!) buses the 36km we wanted to go and before you know it, enough time had passed to throw all our plans of heading into the jungle searching for more ruins out the window! So we decided that we should probably do a day of planning instead, especially with Nicola coming over soon. Out came the iPads with the Lonely Planet ebook, maps.me, Google and a whole host of other apps needed to get us sorted for the tour of the south! Managed to book all accommodation, work out the routes (and distances) we need to drive and started investigating safari tour companies for Sinharaja Forest Reserve and Uda Walawe National Park. Had to come inside after about an hour as Jayne’s iPad showed a message that neither of us had ever seen before…
It was that hot!! Finished up the rest of our planning and organisation in the room, the fan on full blast with the iPad removed from its case – sweating slightly on the bedsheets! When we had gotten as far as we could (and the Internet became painfully slow again), we decided to call it a day and walk to the shop to treat ourselves to a cold drink! Got ourselves a fruit juice and a Sri Lankan snack called Gingelly Balls. They were like ‘Mr Tom’ bars in ball form – but super rock solid… I nearly broke my teeth biting into them! 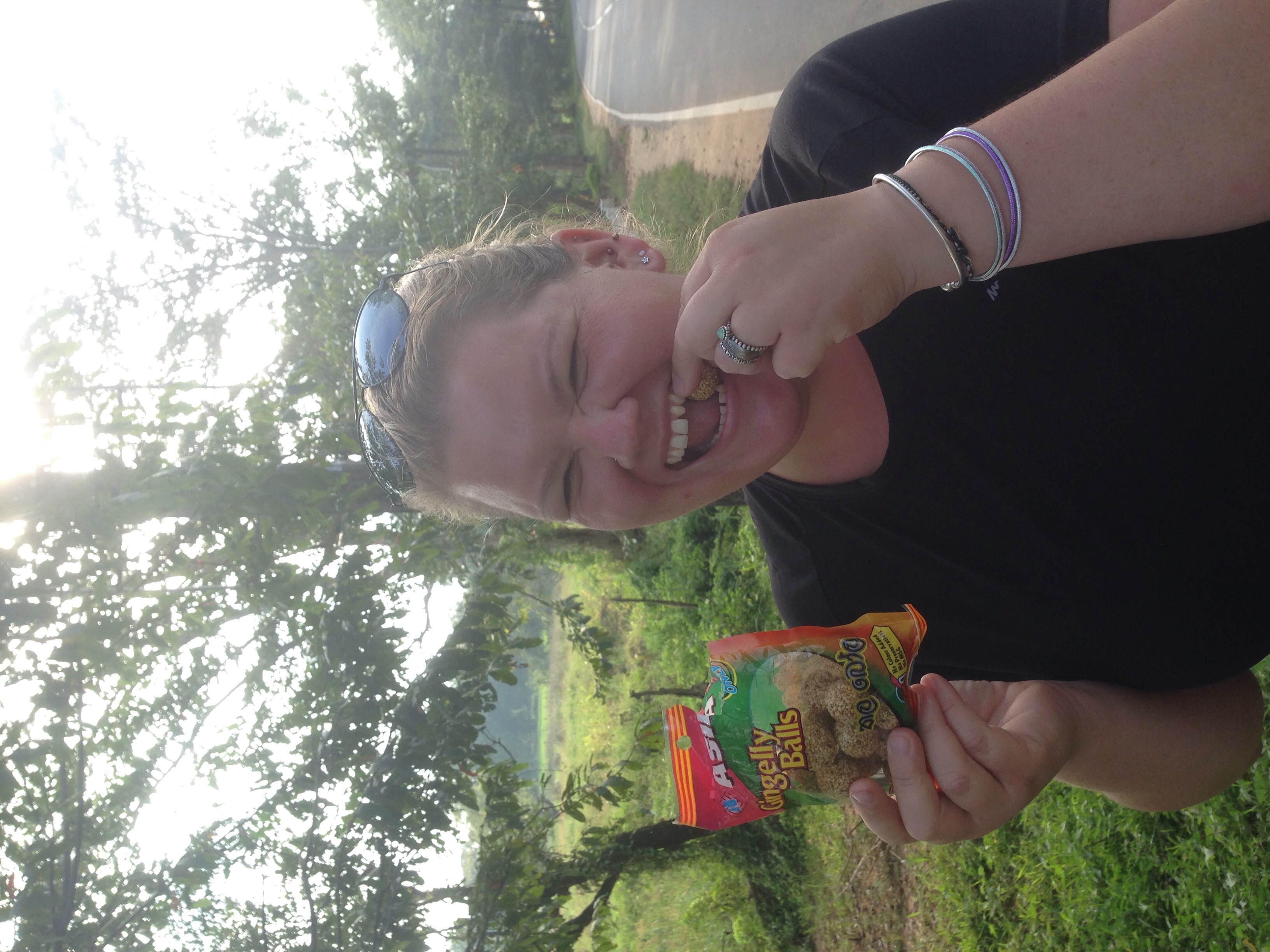 Decided to walk into town just to stretch our legs. Not sure what happened but our short stroll turned into a 13km walk… Jayne blames me – I blame miscommunication!! Walked past a stupa near the entrance to Sigirya Rock which was half covered in trees and moss – it easy to see how these monuments went unnoticed and untouched for hundreds of years!

Continued walking, ending up walking around the entire Lions Rock so we got to see how big it was from all angles! Spotted a couple of wild peacocks in the grass and a woodpecker sitting perfectly still in a tree – unfortunately, we didn’t have the big camera to take a good photo of it. My little canon just doesn’t zoom enough. We also saw a spotted deer on the other side of the moat. A little bit concerned with the signs telling you not to walk around after 6pm as there are elephant ‘roarming’ but, despite Jayne trying to entice them out, there were no elephants to be seen!! Got back to the guesthouse and ordered dinner of pittu with chicken curry and devilled chicken. Got chatting to a group of three people from Belgium over dinner and what routes we were planning to take around Sri Lanka.