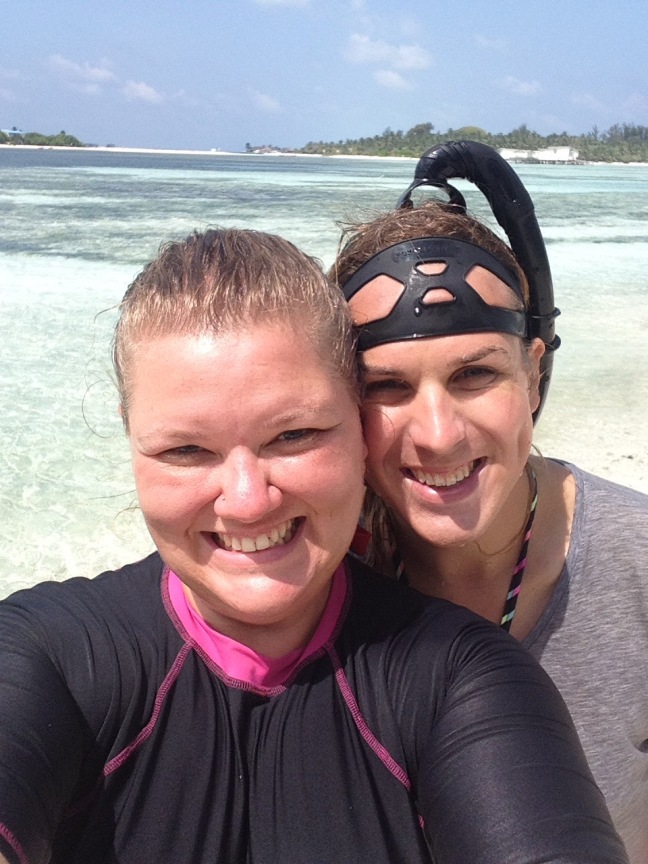 Woke up to the sounds of the guesthouse owners banging around outside – think they were slightly miffed that we went directly to the dive centre to organise diving rather than booking it through them (for $30 per dive for the privilege of them making a phone call… That would have added an extra $120 to our days diving!!). Headed out for breakfast, a traditional Maldivian dish of tuna, coconut, red onions and roti bread which was really nice. Used the Internet for a bit, catching up with various people and pointless FB stuff before walking over to picnic island. I wore my strappy hiking sandals today instead of my flip flops so it made walking through the water to the island over rocks and dead coral much, much easier!

Spent the day reading books – Jayne is cross because my kobo app froze which meant I couldn’t read LOTR but had to read some trashy book I’d downloaded for free on iTunes. It was a shame cause I was actually beginning to enjoy LOTR (shhhhhhhh!!) and the book I ended up reading was total rubbish (and dodgy!). Jayne went snorkelling quite a bit, especially when a baby black tip reef shark came into the shallows. 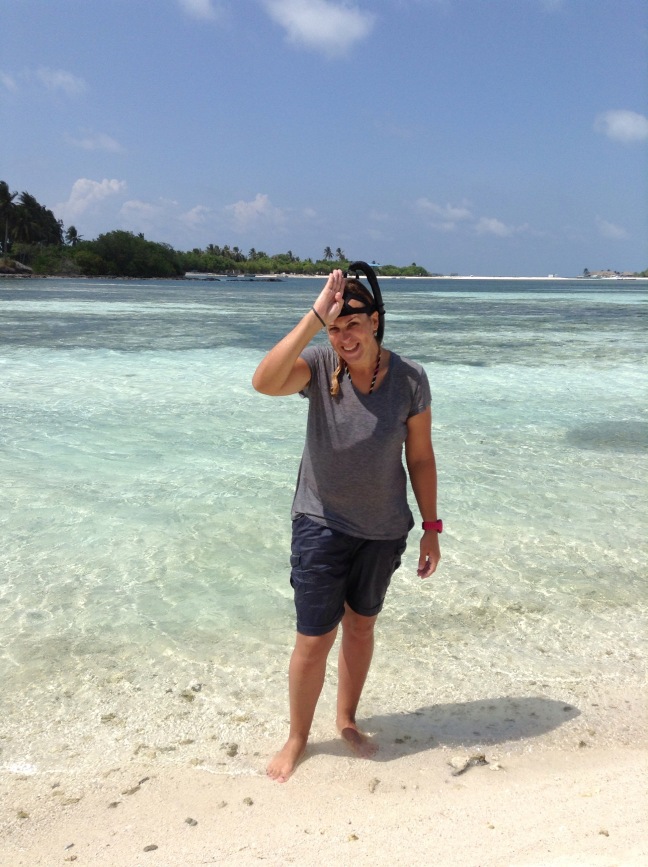 I was very cautious about getting my head wet after yesterday so observed the shark from above the water but his fin kept sticking up so it was easy to find him!!

Also saw a sea snake and massive shoals of sardines moving almost as one big fish to get away from the shark or snake. Was really nice taking it easy and enjoying the sunshine and crystal clear water – it honestly feels like you’re in a swimming pool most of the time, which is a pleasant change from the sea in England and Ireland!! 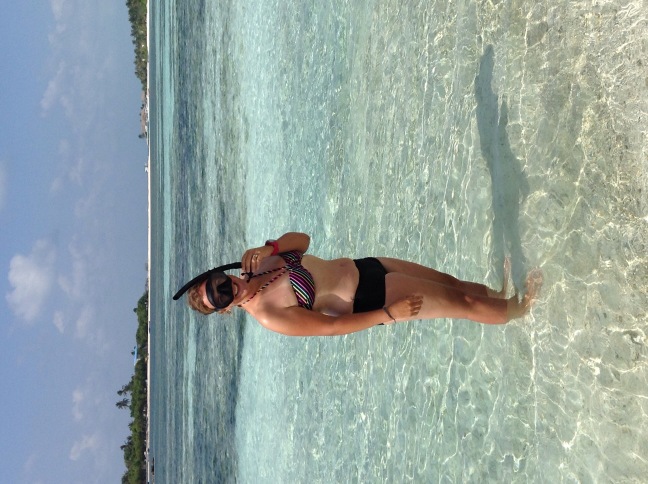 Headed back to the guesthouse and ordered dinner there (trying to make up for not eating there last night and the diving issue). Had a shower and walked to the harbour to watch the sunset.

It got obscured by clouds quite high up in the sky so, knowing we weren’t going to see it set, we decided to go for a walk around the island instead. Found the shells of half a dozen guest houses/hotels being built which is surprising since the island seems incredibly quiet for their ‘high’ season. Jayne thinks they are busy during school holiday time only which would explain why all the souvenir shops are closed and only a handful of the ‘supermarket’ shops are open. Walked along the sand banks, watching local teen boys try to form a human pyramid in the water only for them to fall down once they’d got to the second layer. Popped into a shop to buy some water and a couple of fizzy drinks as a treat to go with dinner. Really wished we hadn’t ordered food with the guesthouse. It was incredibly expensive for both the quality and quantity of what we received the first night, but we wanted to give them another try. Tonight’s meal was even worse and the portions were tiny, especially compared to last nights feast for the same price. Decided to say something to the manager who, unsurprisingly, didn’t take it very well and called the ‘chef’ and ‘waitress’ over to tell them we were complaining. We were told that this is the first time they’d ever had complaints about the food (although a quick search on trip advisor says otherwise!!). Went to bed feeling very uneasy, suddenly appreciating how small these islands actually are. Watched about an hour of ‘The Hobbit – The Battle of the Five Armies’ before falling asleep.