Knowing full well that the next ferry wasn’t due to arrive until 1.30pm, we didn’t rush down to the beach cause we knew it would be empty! Another eggy bread and baked beans breakfast was followed by a morning of lounging around on sun beds and continuing the important job of evening up tan lines!!! 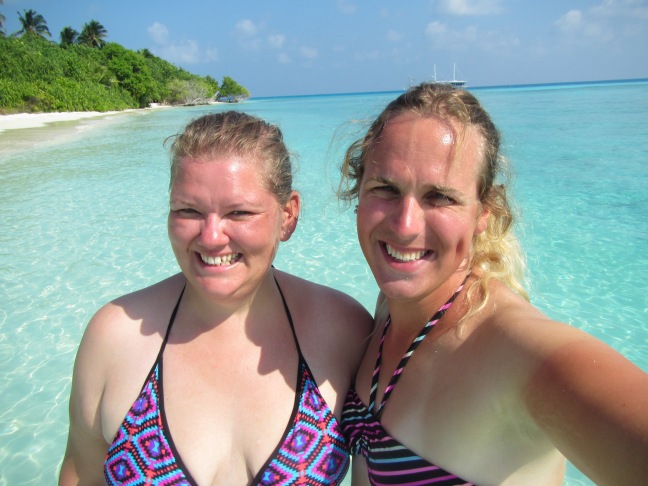 Went looking for sharks and dolphins again, coming across two moray eels and an octopus on our search! One of the moray eels looked absolutely massive and it was rather frightening having to hold onto a rock close to his mouth to look at him, otherwise we’d have been dragged away by the current!

Managed to get stuck into LOTR whilst sunning myself which made the morning pass by relatively quickly. Headed back to the flat for lunch when the ferry arrived, bringing at least 8 tourists with it – a slight problem when there is only 2 sun beds and the old Dutch woman is clearly pissed off that no one is offering it to her!!! Watched a couple of ‘Friends’ episodes before heading back out to the beach.

One of the new tourists was a family that were all so burnt (including the young daughter) that it was almost painful to look at them! They had rather funky full face mask snorkels and were using the current to their advantage – walking down the beach, getting into the sea, floating down to the corner before getting out and repeating the same thing over and over. Another sunset obscured by clouds and no shark fin to drag Jayne back into the water… Back at the flat for showers – checking out my new beautiful bikini tan/pink lines!!! 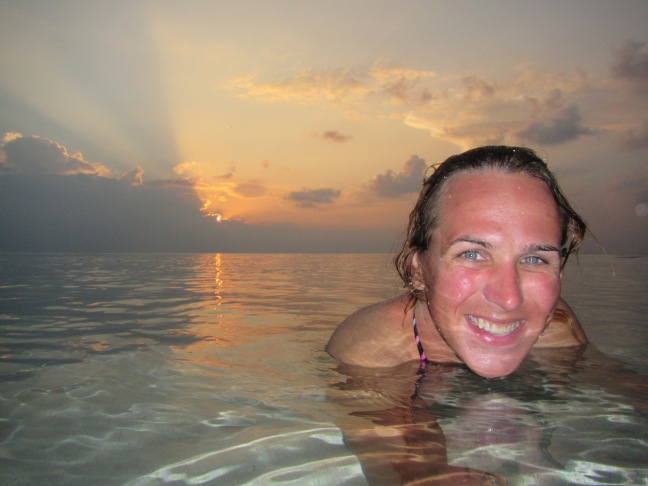 Same dinner as yesterday after which I headed out to buy us ice cream (unfortunately, they only had a massive tub of vanilla ice cream…) before watching ‘X-Men – First Class’.