Lay in bed listening to the noisy tour group stomp about from 6am to 7am. They were heading back over the pass we did yesterday and clearly their tour guide felt they needed an early start (the porters were carrying oxygen tanks with them…). Got up after they had left and enjoyed a peaceful and leisurely breakfast before setting off. The first section of our route was descending through a forest. Clearly, we have come off the main tourist trail as we spotted a small deer, a monal (a kind of peacock pheasant) and Jayne saw a pika (a type of rabbit mouse). The trail crossed the river before ascending steeply – past a check point that clearly had some earthquake damage(!) as there was no one there and it was half collapsed… The route up to Dole has, the newly named, slope of death and staircase to hell – both vertical climbs for far too long!! The trail seemed never ending until, when suddenly, Dole appeared around a bend! Unable to ascend any further due to potential risk of AMS, we found a lodge, that didn’t have a tour group (in fact, we were the only guests!), and settled in for the afternoon. We were obviously very lucky – about half an hour after we arrived, it began to snow, obscuring the hills, valley and mountains just in front of us. So grateful we weren’t still on the pass as the snow storm raged on! 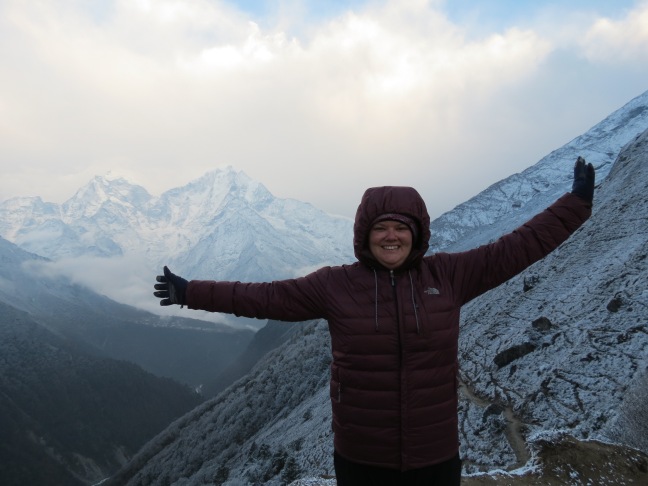 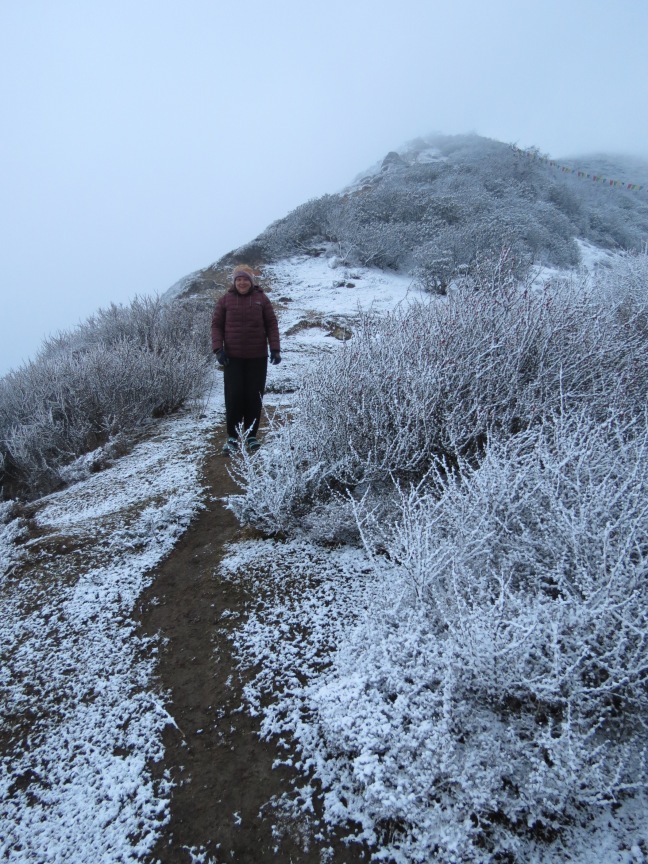 Taught the lodge owners teenage daughters how to play UNO and we spent the afternoon drinking black tea, playing cards (where all three of them ganged up on me!) and giggling. Jayne went outside to make a snow angel and take some photos before coming back inside to warm up by the fire. The snow stopped just before sunset so we were able to go outsid and take some photos – the landscape was completely different, and slightly magical, being covered in snow. 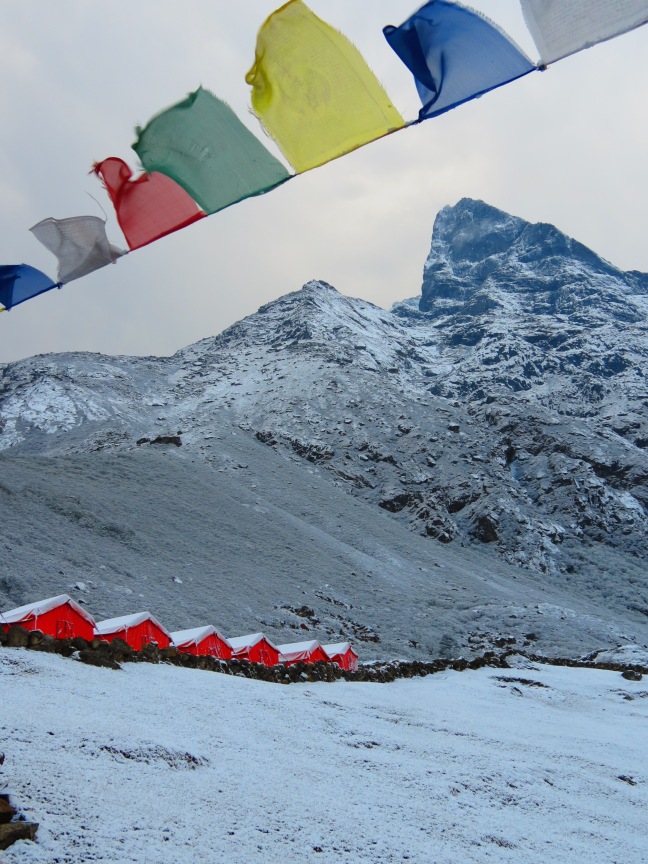 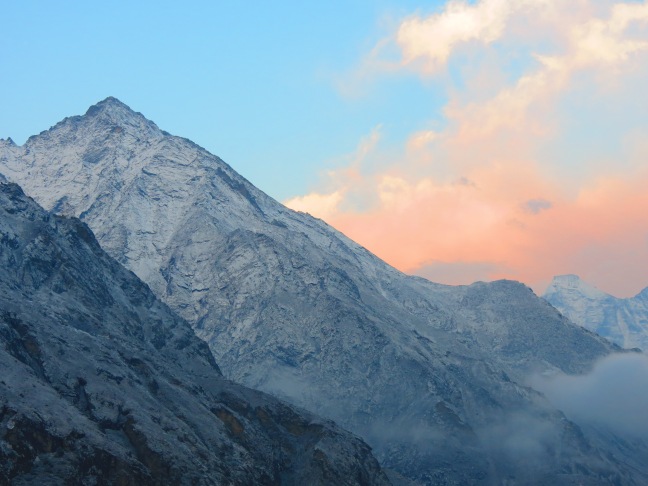 Dinner of dal bhat and momo’s before teaching Mingma (the younger daughter) how to play battleships. Some discreet cheating between me and Jayne meant she won both games – to her delight!!

Jayne’s Footnote…
Katherine forgot to mention how the porters in the room next to us thought it was acceptable to play music at 5.30. It brought me back to darker days in India and I banged on the wall to emphasis my dislike… It stopped for maybe 10 minutes and then started again at a lower volume.

The walk down through the forest/jungle (which supposedly has snow leopards in the winter) was lovely and the colourful birds and chirpy songs was a nice change to the sometimes overcrowded routes to EBC.

I don’t believe I was cheating per se, as that would have been to ones benefit, I thought it was a kind and selfless thing to do and it made her day. Hopefully, she shall remember how to play it and show her school friends at the end of the holidays – it was Nepal New Year yesterday, being the year 2073 or close to that on the calendar.

The day was perfect; with the sun shining over slopes of rhododendron and juniper, waterfalls appearing and disappearing behind slabs of ice still clutching to the rock face, the hills and valleys being dusted with fresh coats of snow and, at bed-time, we saw the glow of the moonlight shining silver off the peaks and slopes with the stars being crystal clear and innumerable in the clear skies.

Plus, being the only two at the lodge, we had two blankets and were snug as a bug!!