Happy birthday me!!! My first birthday not at home, which feels equally strange and awesome at the same time. We were up by 6am getting ready for our bird watching session. A filling breakfast of eggs, toast and porridge before we set off – dressed like ninjas again – to head into the jungle with Ram and a book of Nepalese birds. Jayne and Ram were spotting birds left, right and centre. Unless they were pointed out to me, the only birds I spotted myself were exotic black birds (crows!!) but I enjoyed the tranquility of the jungle. Got to see at least 3 different types of kingfisher, cranes, storks and (a first for me) a cinnamon bee-eater. Back to the hotel for a quick clothing change and we were back out heading to the river for my birthday treat – elephant bathing!! Fortunately, they had built a giant platform to climb on to the elephant so I didn’t have to climb up its trunk like the handlers do! Sat on the back of her neck and started rubbing her head before getting soaked with a trunk full of water!!

This continued for a while before she began shaking her head and I fell off into the river. Scrambled back on (with help!!) and kept rubbing and getting soaked in the process as Jayne had a similar experience on another elephant. I fell off again with another head shake whilst Jaynes elephant simply lay down in the water, sending her into the river.

Next, we scrubbed the elephants body. They use rocks to do this and Mohammed (the elephant handler) kept telling us to do it harder… A scrub on her lower back resulted in a contented groan and a huge poo!!! Had to pause a couple of times when tourists fed them bananas (there is conveniently a banana stall right by the bathing part of the river!). Got to wash the elephant for about an hour and a half before she was done and we all headed home.

Had a shower and some lunch before popping into town so Jayne could pick up some bits and pieces for later – I spent most of my time standing outside shops she was in or feigning interest in nearby souvenir shops!!! Jayne had told one shop keeper that it was my birthday and he gave me some Nepalese coins as a gift – they have images of Everest in the background. Told him that my father in law collects coins so he showed me his coin collection which was kept in a little fabric purse – some of the coins were over 200 years old and he had a Charles & Diana wedding memorabilia coin! Headed back to the hotel for our last organised activity – an elephant safari. When we got to the government run centre, we saw the elephant we had been feeding for the past 2 nights!! A quiet word from Ram to the organisers and we were sat on our elephant heading into the jungle!!

We spotted a one horned rhino almost instantly but with all the other elephants, it almost felt like we’d trapped it into a circle of elephants so I was kinda glad when we left it and headed off into the jungle. 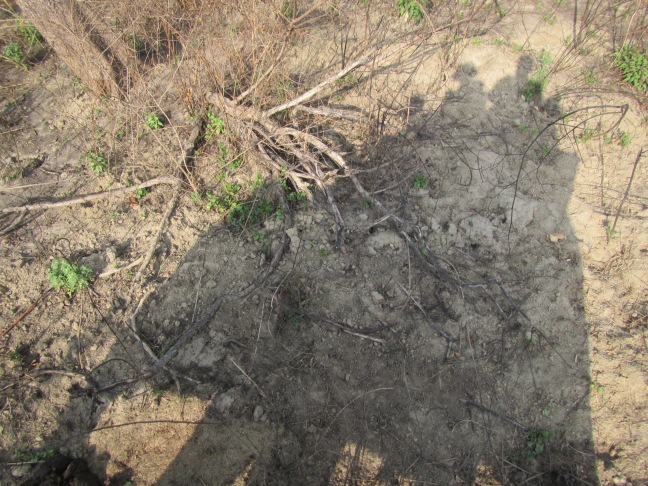 Separated off from the others, it was only us trampling through the forest, with our elephant eating as much grass as she could pull up as she walked and uprooting small trees that got in her way!! Saw the crocodile in the hole that we had spotted during our jungle walk and loads of spotted deer. 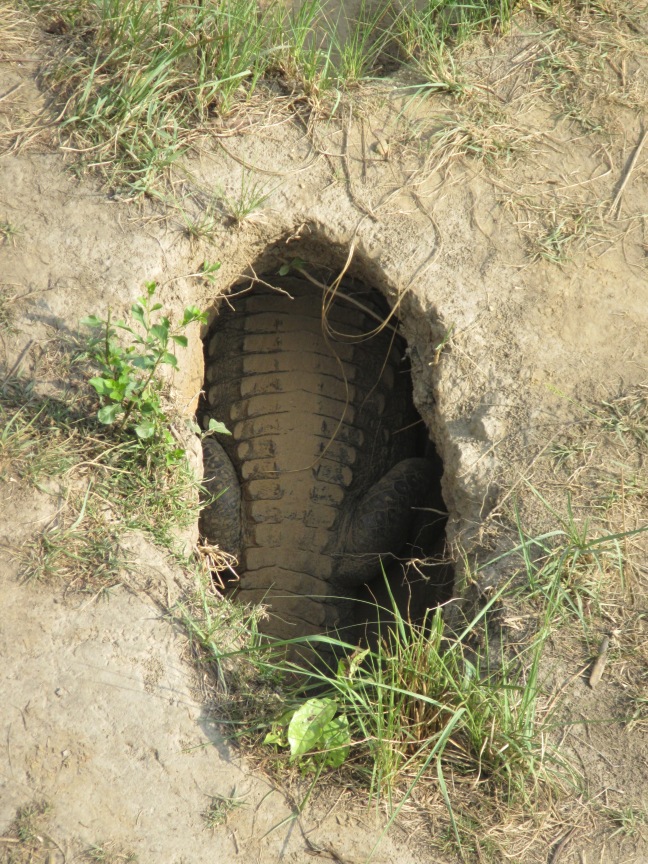 Saw two rhinos grazing in a pasture and, with the elephant, we managed to get within 5 metres of them – they weren’t fussed at all and gracefully posed for lots of photos!! 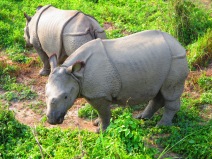 Headed back to the hotel after the elephant safari although we popped out to buy some bananas as a special treat for Baboskadi (our elephant) for when she got back home! Opened up my presents from Jayne – she got me a prayer flag t-shirt, a badge, 2 elephant buttons and a bracelet of turtles with Nepalese eternal knots engraved on them. Made up some more food for Baboskadi although she was more interested in the bananas – felt bad that we only got her 17!! A buffet dinner at the hotel and then, after a lot of eye winking and confusion between Jayne and the waiter, a birthday cake appeared! Never had a cake frosted with my full name before but it was brilliant – I even got to blow out magic relighting candles!! Ate far too much cake whilst drinking Nepalese wine, which was incredibly strong. Shared out the rest of the cake with staff, the elephant handler and other guests before having a beer with our guide. A thankfully short walk/stumble to bed!!! Thanks Jayne for organising such an amazing day.