Woke up and had breakfast early again so that we could make the most out of our day in Kathmandu valley. We walked to the four roads to catch a bus – this time, we managed to get a little minibus instead of a big bus. Told by the conductor that there was space for us, we squeezed into the back right corner (furthest away from the door). Predictably, we were the first ones to get out of the mini bus so had to climb over seats and about 20 pairs of feet that were now standing and wedged into the aisle… Once an independent city-state, Patan is now only separated from Kathmandu by the Bagmati River. It’s original Sanskrit name of Lalitpur means City of Beauty and its Durbar Square is argued to have the best collection of temples and palaces in the whole of Nepal. We bought our tickets at the kiosk and were given the ‘we are blatantly tourists – charge us double for everything’ lanyards which we were told needed to be on ‘display at all times’.

Started walking around the Durbar Square, looking at the concentrated mass of temples which were built in the Malla period (from the 14th to 18th century). Significantly less earthquake damage than in Bhaktapur, some of the temples were still being supported by (what looked like) flimsy pieces of wood nailed to the floor. The temples were beautiful and so intricate in their designs.

Since we enjoyed the walking tour so much yesterday, we decided to do the one recommended in Patan too, which promised to give insight into the layout of Newari villages. It was really nice to wander in and out of the backstreets, finding all the little Hindu temples and Buddhist stupas that are dotted around the place. 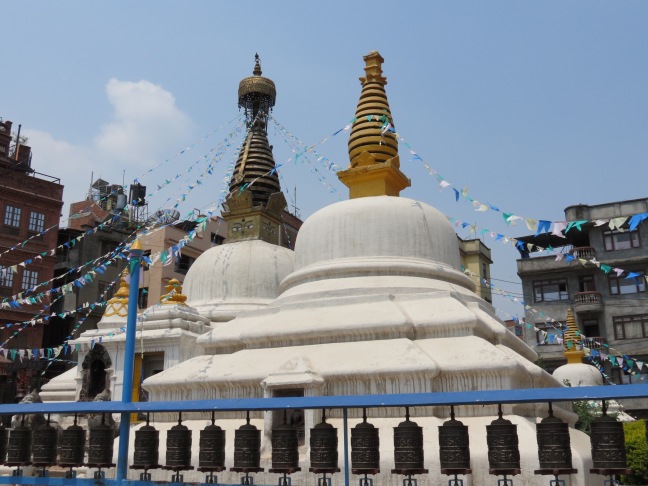 We visited the Golden temple, where the main priest of the temple is a young boy under the age of 12, who serves for 30 days before handing the job over to another young boy. Didn’t get to see much of the temple as it was incredibly busy as they were holding a ceremony, turning young boys into Buddhist monks. We managed to find a quiet corner and watched the ‘hairdressers’ shave the boys heads as their mothers held them and the fathers took photos.

Continued walking around Patan for about three hours before stopping for lunch in a little back street cafe that only sold momo’s and bakery goods (it was a dream come true for me!!!). Wandered around for a little bit longer before catching the regular bus back to Kathmandu (not wanting a repeat of this mornings sardine in a tin can experience!). Chilled out at the hotel for a bit before deciding to go to the cinema. Found an English showing of ‘Captain America – Civil War’ at the nearby mall and headed over for dinner before the showing. 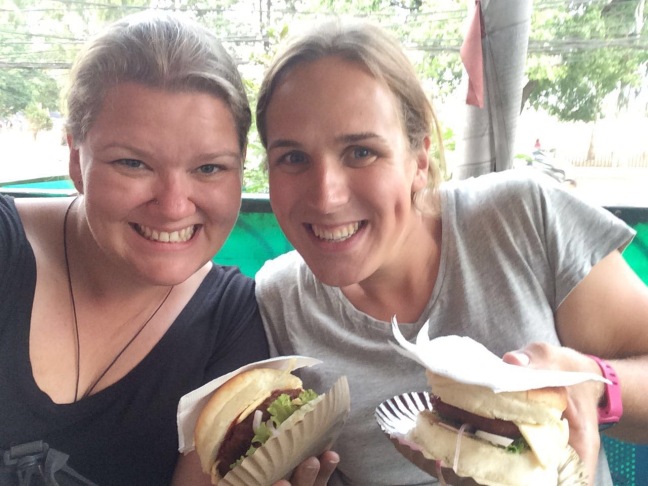 Got a massive bucket of popcorn for the bargain price of 180NPR (about £1.20) which we both could have easily devoured a second one!! Not sure what happened, but just before the interval of the film, there was a (loud) disagreement between two of the cinema goers. Clearly, it was very exciting as the entire cinema watched them leave the room, the majority of them then followed them out into the foyer and we started hearing whispers of ‘fight’. I needed the toilet and left during the interval to find a foyer full of people and police officers. The rest of the film passed with no incidents, although there was a great number of staff flashing their torches around every so often. Walked back to the hotel at 10pm, the streets very strange at that time of night as there were no shops open and very few people milling around – in fact, the place was more lively when we left for trekking at 5am!!