Woke up this morning with an insatiable need to plan a vague route for our upcoming trip to Myanmar. We’ve heard that it can be a bit tough to get around and that bus journeys are notoriously long so we wanted to figure out a route that would best utilise our time and ensure that we get to see everything we want to see. I popped out to the bakery to pick us up some baked goods and fruit juice for breakfast which we nibbled on whilst we ploughed through guide books, trip advisor posts and generally googled information left, right and centre!! Managed, after some juggling, to work out a route that would work (in principle!). Now we just have to hope it works in practise… 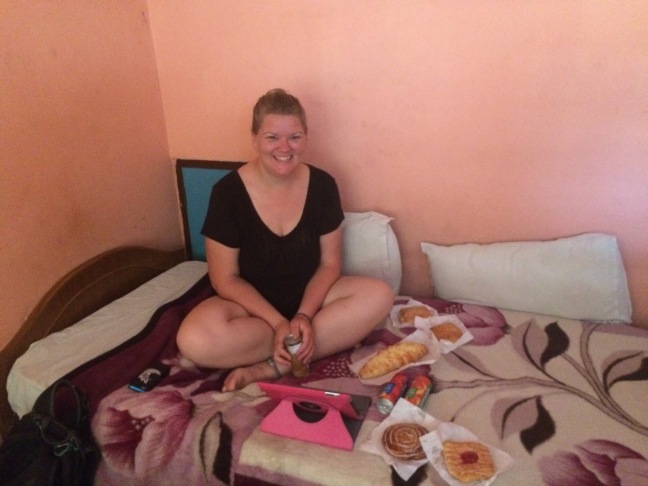 Headed out to tour the back streets of Kathmandu and the Durbar Square just as it started to rain. Actually slightly nicer as, despite the slippery streets, the temples were deserted and we got to see more of the street markets as we were only one of a few people out and about. Similarly to Patan and Bhaktupur, the little backstreets of Kathmandu are littered with little temples at every turn. 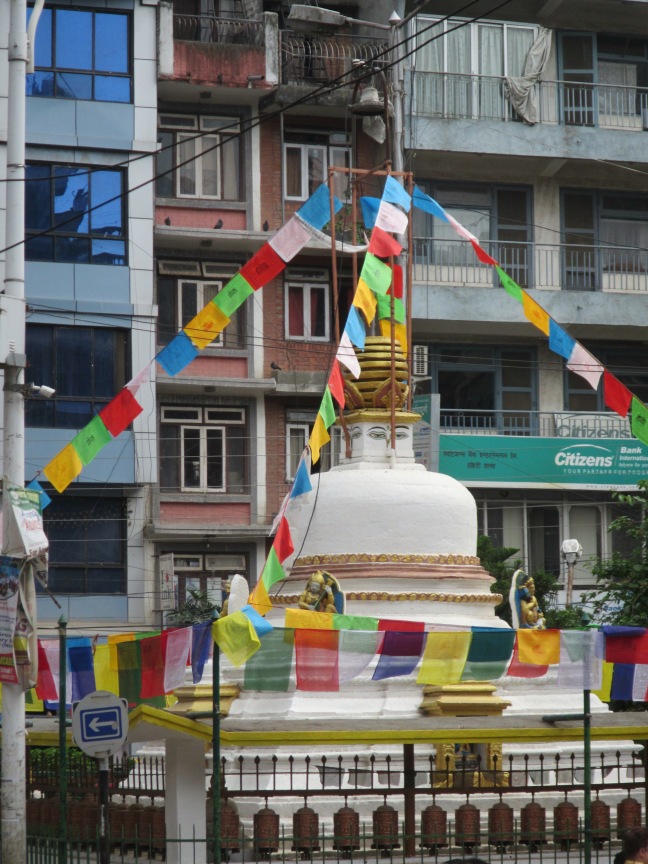 When we got to Durbar Square, we could see that it too had earthquake damage so we decided to head to a roof top restaurant to get a birds eye view of the entire area. Was really nice to get a different perspective on the temples and we both had a traditional Nepalese tasting menu as we stared out over the semi ruined buildings. Jayne’s meal came with crushed millet instead of rice, which reminded me a bit of soggy weetabix mushed into the shape of a heart… 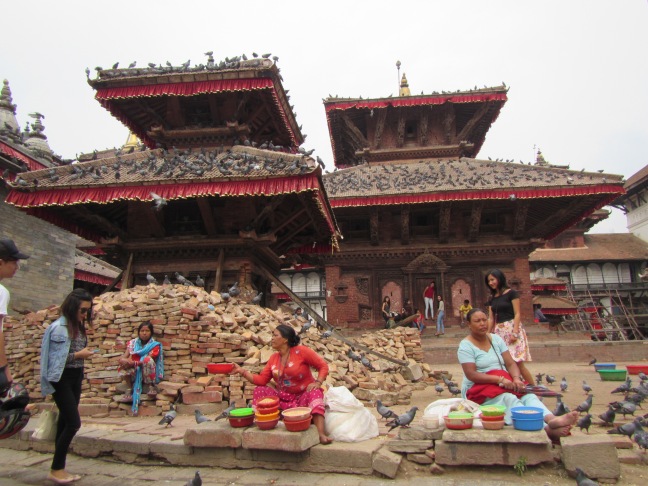 Continued walking through the back streets, getting wonderfully lost in the windy alleys, dodging scooters and, at one point, helping a rickshaw driver push his bike up the road. Jayne managed to find a shop that would download films directly on to our USB stick so we purchased a couple of films to keep us going during our long lay over in Bangkok and for the bus journeys in Myanmar. Decided to treat ourselves to a steak and chip dinner (it was amazing), followed by apple momos and Jameson Irish whiskey creme brûlée for pudding. We also ordered a glass of Nepalese wine with dinner which was so nice that, on the way back to the hotel, we popped into a shop and bought an entire bottle! Watched ‘Wild’ on the netbook while drinking the wine – quite glad we only discovered it on our last night… I would have been drinking it daily had I discovered it sooner!!!