Decided that since we didn’t need to book bus tickets to Pyay, the most sensible thing to do would be to get to the bus station early so that we could get a bus early and avoid being in the heat for too long. Sounded like a great plan last night when we made it… But when Jayne slept through her alarm and I pressed snooze on mine about a million times, we realised that having slept for about an hour in 36 and then having a really comfy bed was not conducive to getting up early or reluctantly!! However, we were up, showered, dressed and downstairs having breakfast by 7am and out the door by 7.30am, walking to the mini bus stop around the corner from the hotel.

Clearly delighted that he had tourists, we were placed in the front seat by the driver (and next to the air con – I loved that man!!) and we were off. Don’t think either of us realised how far the bus stand was outside of town but for 1000 kyat each (about 60p) we drove for about an hour, getting asked questions about where we were going. Luckily, the notepad we bought last night has come in really handy as we were able to write down where we were going, since no one has understood it when we’ve tried to say it!! Got to the bus stand and were told to ‘walk for 2 minutes and turn right’. This place is huge!! It is like a little town, each street had different buses form different companies going to different areas of the country. We obviously walked too far and fast in 2 minutes as the first ticket counter we tried looked us up and down, read the notebook and then escorted us down the road to the correct desk (about 100m from the minibus drop off and left!!). The next bus to Pyay was at 10.30 so we had an hour and a half to wait. Sat in the waiting area, people watching, watching the TV (which was playing Hollywood films) and physically melting in the heat. Jayne practised her Burmese with a local woman, trying to work out how much lychees would cost. Got on the bus, which was blissfully air conditioned, and both of us had a mini snooze.

Woke up to a particularly graphic music video of a woman torturing her boyfriend and, presumably, the woman who he cheated on her with… Seemed to be quite a theme in their music videos! Stopped for lunch around midday where the restaurant unlocked two western toilets for us (which then got relocked the minute we’d finished!). Were shepherded to the back of the restaurant and, after some searching from the waiter for a menu in English, we ordered some noodles. Back on the bus to watch a rather strange film… Not that either of us understood the dialogue, it appeared that the man accidentally stabbed his girlfriend to death but neither of them realised and they continued dating. They both only discovered that she was a ghost when he got arrested for her murder… Cue lots of tears and a dramatic person fade away!! Arrived in the town were the bus terminated, about 4km away from Pyay. Sorted out our bus tickets to Magway for Sunday before jumping in a tuktuk to take us into town. Dumped our bags in the hotel and went for a wander, stumbling across the food market. Plenty of fruit and vegetable stalls as well as cooked food stalls. We tried food on a skewer (avoiding the fish ones, especially the green ones!!) which was cooked and then given to us with dipping sauce. 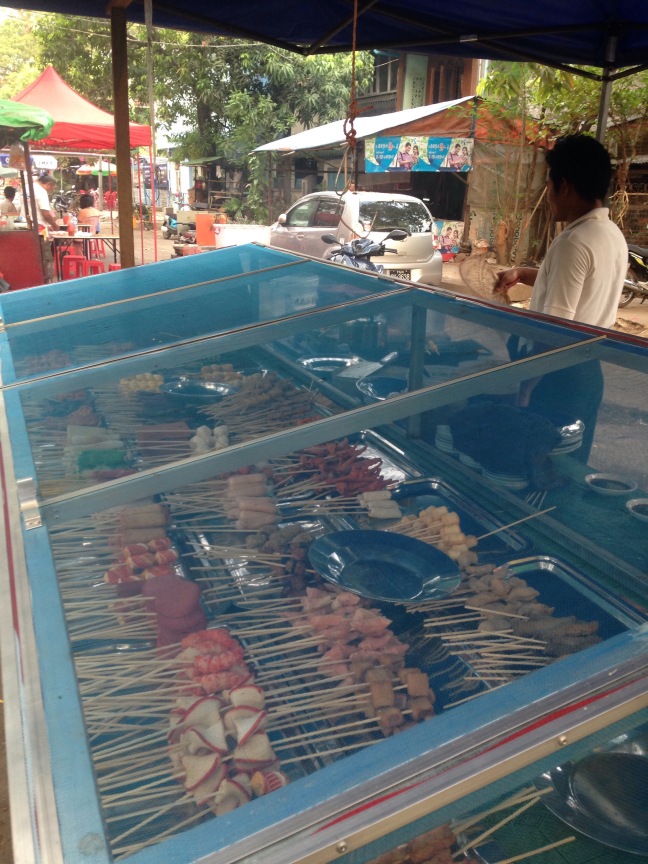 Walked up the main road and visited the Shewesandaw Paya Buddhist temple. Absolutely beautiful and reached by climbing a steep staircase lined with stalls selling religious stuff and hair accessories – we climbed to the top without being hassled once!!

Said to contain four hairs of the Buddha and a sacred tooth, the temple is one of the country’s biggest Buddhist pilgrimage sites.

Think everyone was really surprised to see us – lots of staring but in a good way, with loads of smiles and waving (even the security guards!). We found a quiet spot to look out at the panoramic views of the city, with a massive seated Buddha and lots of temples in the surroundings. 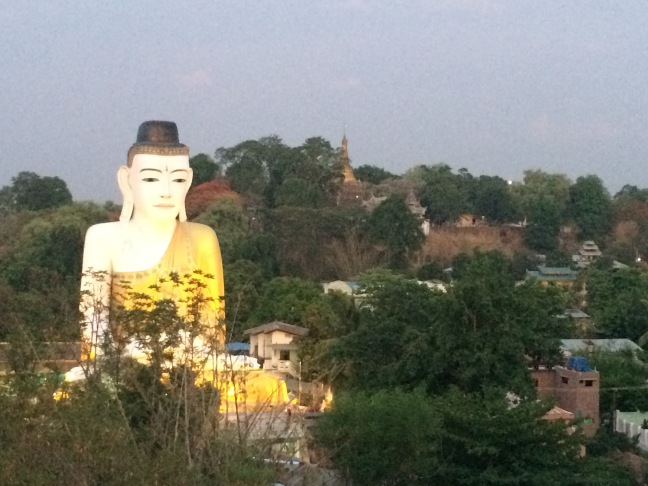 We also got to see lighting fork down in the distance – it was stunning. Walked around the temple listening to the band play music (it sounded a little bit like when you give thirty children musical instruments and let them do what they want for 20 seconds before you begin trying to teach them how to play…). Headed back towards the hotel looking for a place to eat but ended back at the street market. Tried to order some noodles at a different food stall but everything we tried to say or mimic got lost in translation so we looked around and pointed at some woman’s dish that looked good… Have no idea what we ate in the end! It was noodles of some description and they were delicious!!! 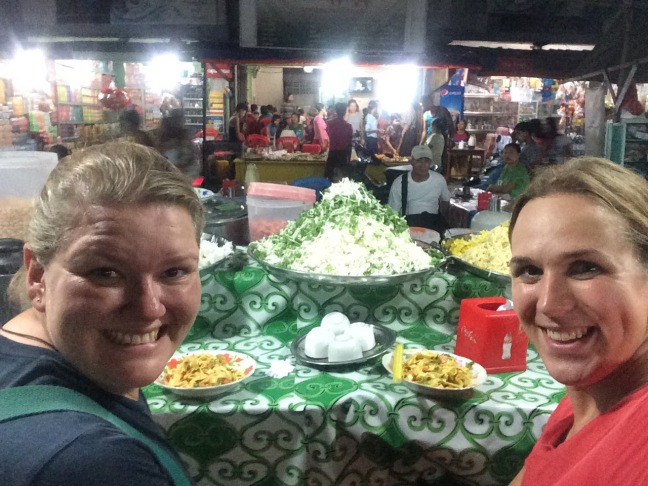 We then got some cold drinks (including a lychee Fanta – it’s incredible) and stopped at a dessert stand, we think! The lady let us try a couple of the ‘cakes’ on sale so we bought some and headed back to the hotel just in time to see a train pull out of (or into) the station – apparently, they only leave once a day. 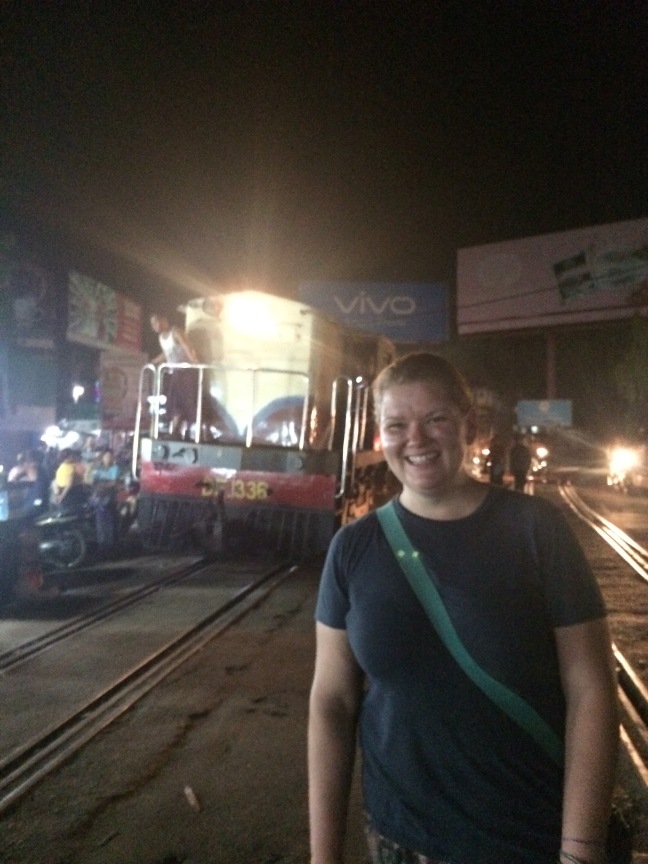 A couple of episodes of ‘Friends’ as we waited for the air conditioning in the room to kick in fully before washing some clothes and heading for bed.