Struggled to get up and ready before heading upstairs for breakfast. We met an older American tourist who spoke to us throughout breakfast of all the countries he had visited (60 in total – made us want to count our countries!!). Clearly not too keen on being in touristy places, we told him about the places we had been in Myanmar and he was keen to visit the ancient cities. We had luckily just finished packing our bags when there was a knock at the door… Our dusty pick-up truck bus transfer had arrived early! Drove around the bumpy back streets in town, collecting other passengers before swapping to a air conditioned mini bus. A lovely short(!) four hours journey, driving along a relatively new road, next to ox carts bumping along on the dirt and at one point, we shared the road with a train track over a bridge. 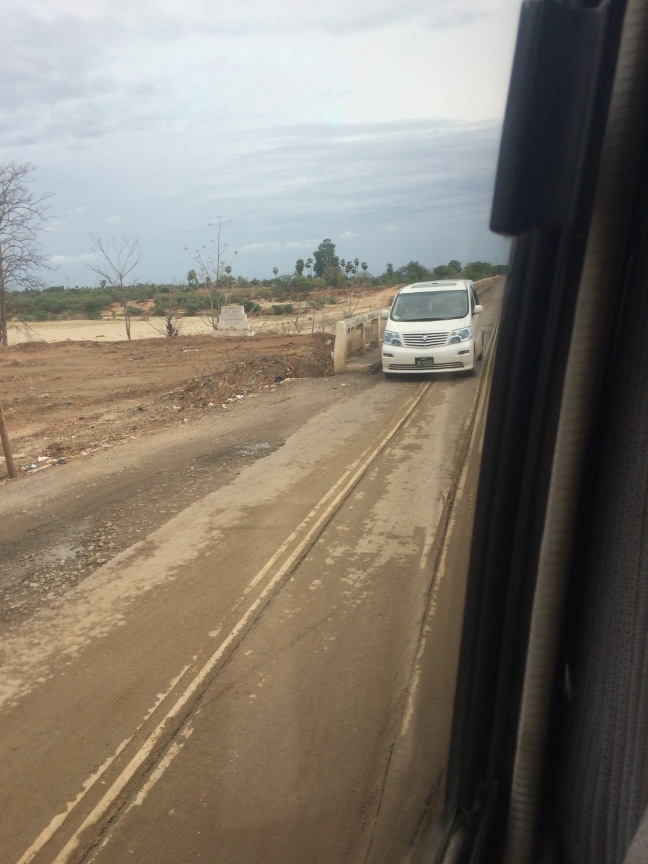 A short lunch stop for some noodle soup – fortunately, we had already eaten when we saw the pot of unidentifiable meat boiling to make soup stock! 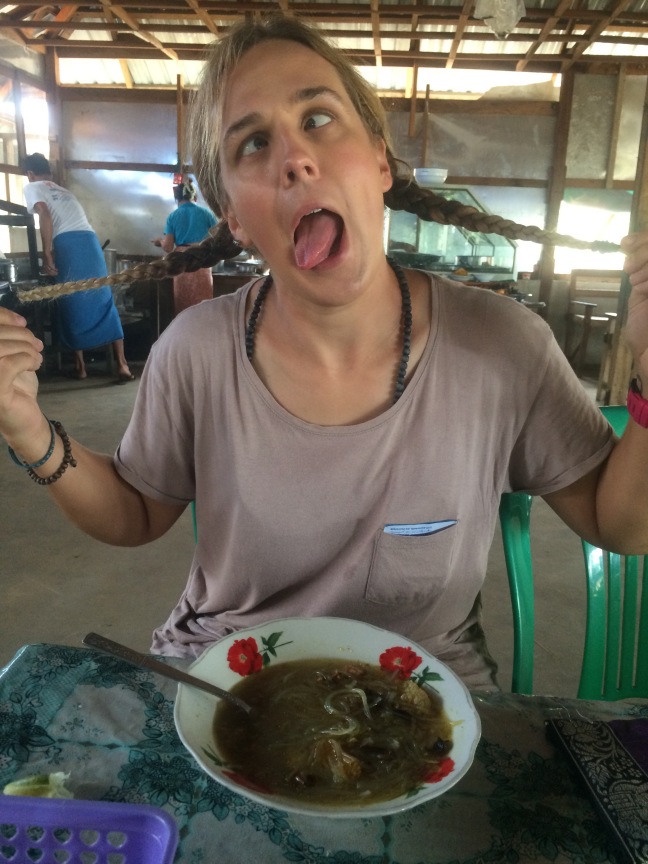 Arriving a couple of hours later in Mandalay, our bus ticket included a free transfer to our hotel so we jumped into another pick-up truck and headed into the city. Checked in and dumped our bags before heading outside… To find it chucking down with rain again – torrentially!! Started walking towards the main centre but, deciding that we didn’t want to be soaking for a second day in a row, ducked into the shopping complex and found a cinema.

With a film starting in 45 minutes, we got tickets to ‘The Huntsman: Winter War’ and grabbed a pizza for lunch before watching the film. 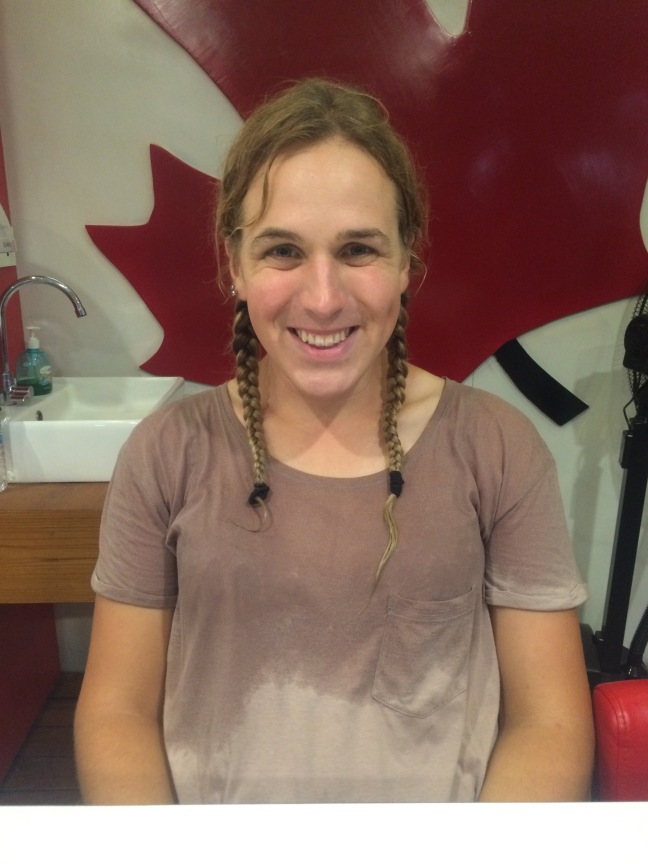 We were given thumbs up as people saw us leave the cinema once the film had finished and were followed around the supermarket as we picked up essentials such as soap and Fresco peanut butter wafer sticks. Headed back to the hotel to have a bath, a hot chocolate and catch up on uploading blogs!!