A nice and slow start to the day, the Internet was pretty good so we continued to upload photos to the blog and catch up on Facebook. Before we realised it, it was already 11:00 before we headed out to the city.

There’s a plethora of things to do in Mandalay: temples, bridges, markets, mountains, cycling tours, etc. But, we didn’t feel like doing any of that. Temple’d out for the time being we decided that just a walk would be nice. So, off we went around the Royal City Fortress walls and moat. There were dozens of lizards, a green tree snake making its way along the fence, a type of arrawana fish in the water and dragonflies zooming around. 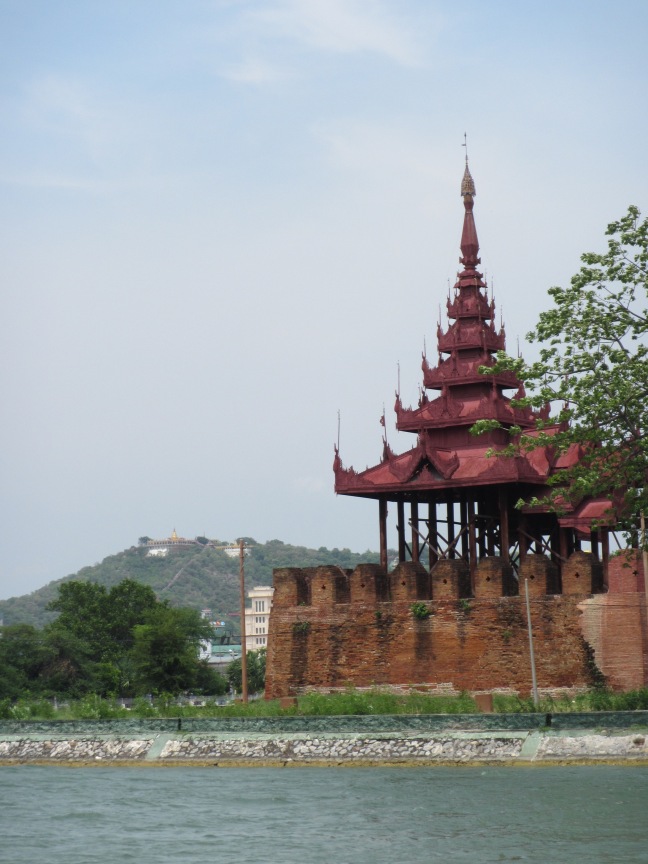 We stopped at the north side for some refreshments before carrying on. The heat was intense and we probably didn’t realise how hot it really was with the strong breeze blowing all day. We both suffered some headaches later on the day as a result. 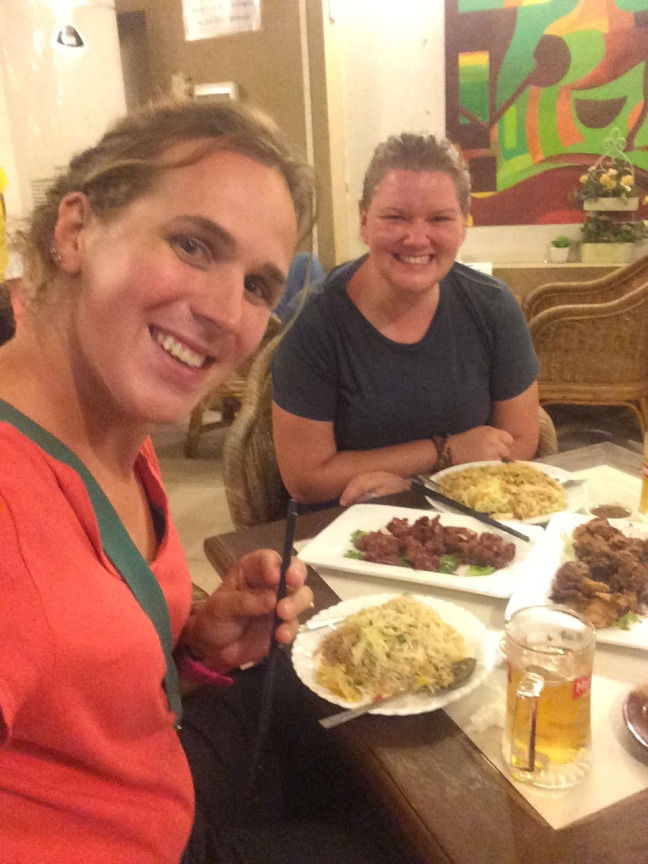 Back at the hotel we only had a brief respite, enjoying a fresh Granny Smith Apple, before we had to head out to get our tickets for the show. We were off to see the Moustache Brothers. A comedy play set up by 2 brothers and their cousin, the play basically takes the piss out of the old Burmese government.

The satirical act is now performed by only one of the original three. Sadly, one of them passed away from lead poisoning from drinking the water at the prison he was sent to for performing the show. The cousin we met outside, and has a catheter and bag. The comedy is slowly drawing to an end by the looks of it.

But, with his limited English, in a thick Asian accent, his slapstick jokes and comments were hilarious and the dancing sequences performed by his wife, sister and friends were entertaining and colourful. You could sense the resentment and anger that is still there from how badly everyone was treated and the bitterness was bubbling at the end of some of the scenes when he asked you to take photos and share them on social media. 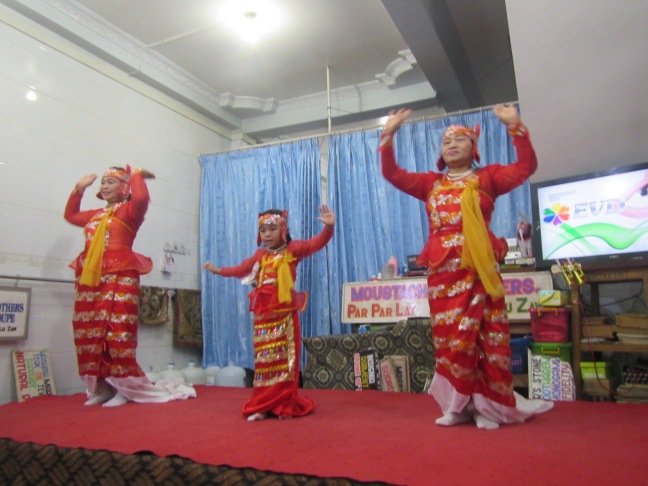 Show over and headaches still pounding away we strolled back home. We passed the restaurant we are in earlier and were ready again for more crispy duck and BBQ ribs. But, we found some Max+ Lychee to enjoy in the room while Katherine Skype’d Clare before bed.