Tip-toeing around the flat I managed to leave without banging anything or tripping on stuff in the dark. I was like a ninja and stealth mode was working for such an early start. It thankfully didn’t start drizzling until I got to the bus stop, with the agonising countdown of 16mins in the cold waiting for the 157. The Northern Line, constantly busy no matter if it’s the first or last service of the day, had seats and got me to Moorgate on time. There was no info on the boards at Liverpool station for Stansted airport, so I asked and got directed to an empty train with plenty of time to stop fretting and relax.

The staff at the airport were in great form, shouting loudly to the massive queues and keeping spirits up in the slow march to the security gates. For the first time in a long time, the sensor beeped as I passed through, although I have no idea what could have set it off. So my hands and waist were swabbed and my shoes sent through an additional x-ray scanner. The wifi at the airport however didn’t work, so I couldn’t avail of my free Harris+Hoole coffee and joined the masses in front of the jumbo screens waiting for a gate number to appear. The mad dash to check-in was indicative of a RyanAir flight where nobody wants their bag to be taken away and put in the hold. Such a stupid system – they should all just properly enforce the one bag rule and they’d all fit in the overhead lockers.

The uneventful flight was quickly over, I passed some stunning aerial photographs of Cork’s coastline on my way to passport control and I was able to show my new passport. The Garda on duty just kind of waved me through and I was greeted by my Mam in Cork Airport. My Dad was outside in the drop off lane, keeping the engine running like a get away driver. And we went as far as the electrical store down the road to have brunch in their restaurant. Clearly the mischief gene runs in the family as they were totally up for messing with some of the items we passed in store. 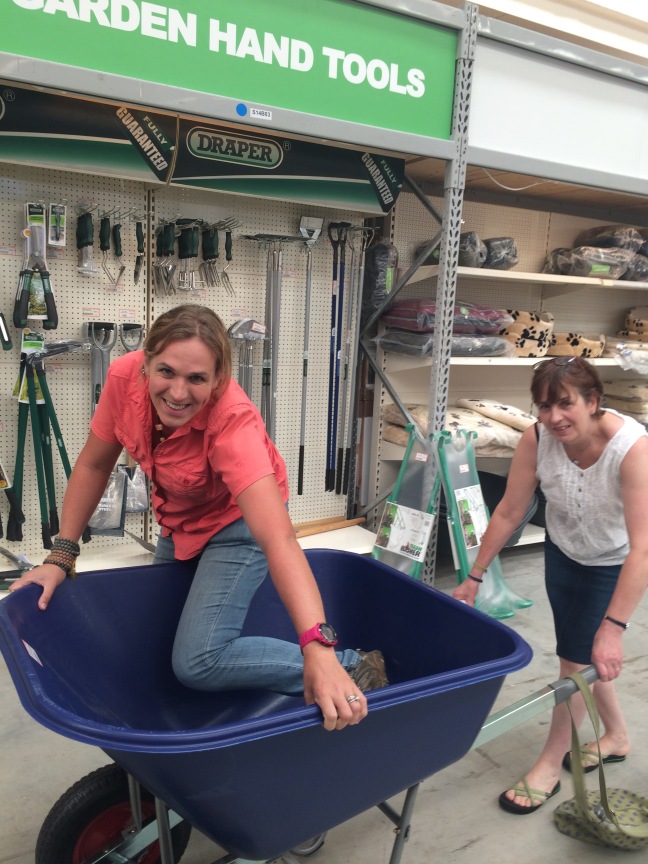 Homeward bound we chilled out for a few hours, did the usual small gift thing and watched some Wimbledon tennis on tv. The early start was catching up with me when we plonked ourselves done for dinner. Yet another, ‘I Miss’ moment when we had Irish Stew and soda bread for dinner. A nice few hours chilling out and chatting. 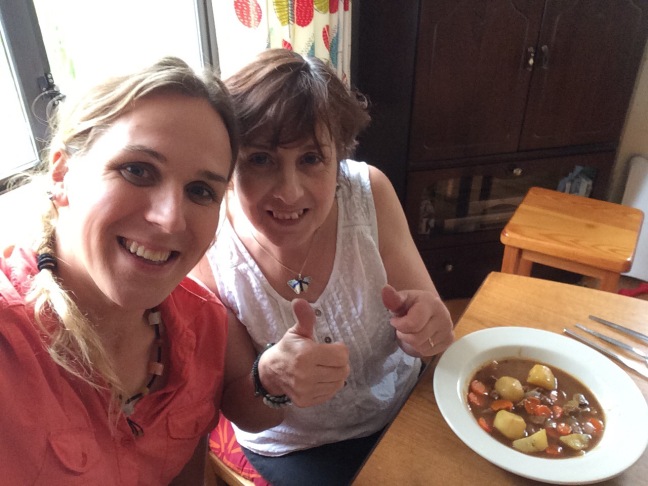 Woke up and crept around the house whilst I waited for Ashleigh to wake up. I didn’t even turn on the coffee machine cause I was too worried it would make too much noise. As I IM’d Tracey at work, it turns out that she had been awake for ages!! Coffee made, showered and dressed, we got into Ash’s car and drove to visit Tracey at work. Was really interesting seeing how they picked, cleaned and graded the fruit before packing it in different boxes based on the orders. I asked far too many questions about the entire process cause it was strangely fascinating, especially for someone who is used to vineyard production – fruit orchards are incredibly similar just without the delightful end product of wine!! I couldn’t quite believe the noise in the packing sheds – no wonder they have to have the music up so loud. You could barely hear it over the sound of the machines! 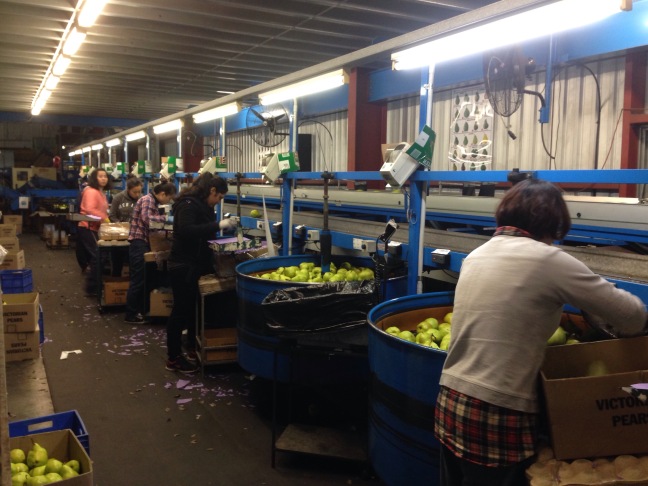 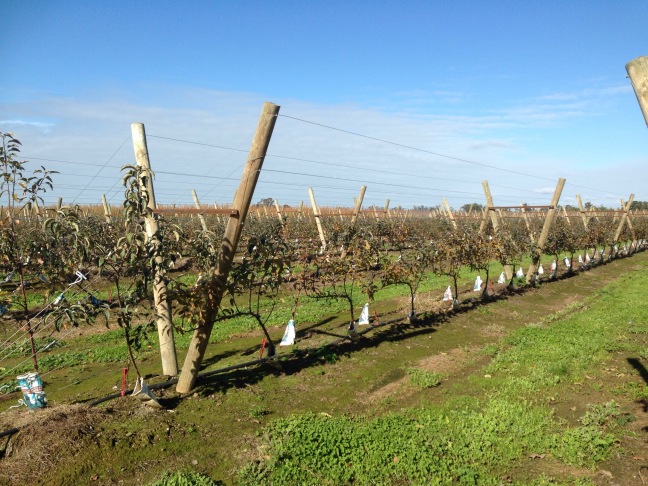 Having decided what job I’m going to do if I ever move to Shepparton (individually wrapping pears and then stacking them in boxes like a real-life game of Tetris!) we got back in the car and headed off. Not before Ash hit Tracey with her car door… The joys of messing around in a car park!! Went over to Tracey’s parents house for lunch and, as Ashleigh chatted to her grandmother, John showed me holiday photos from their trip up the East coast – got some great tips for our own trip! A quick stop off on the way home to the car garage and supermarket before getting home about five minutes before Tracey did. Heading back out with her to the local advertising company who is going to promote her upcoming fundraising event and chatted for ages about the new newspaper that is being launched soon that is interactive with QR codes and an amazing game feature that works via your camera (I had no idea how it works but it was awesome – suddenly felt very out-of-touch with technology!!). Headed home for chicken wraps cooked by Ash before vegging out on the sofa. 8 days to go.