When Julie Andrews sang of her favourite things, she certainly wasn’t referring to long haul flights. But, now that that iconic song is stuck in your head, as it has been mine for some hours, let me detail the rest of the day, which has been quite pleasant.
With the alarm going off and not being in any rush to get up, I Skype’d Katherine before I even got out of bed. There was mention of 3-in-1 coffee sachets, as you can’t get them in Oz. But, having brought similar coffee sachets all the way from India and finally using them in Thailand so as not to pack them, I reckon there were no major/serious requests for items back in the UK.

Clare ploughed through work, with me being interchangeably glued to Border Control & Bailiffs on tv, supplying Clare with coffee top-ups and generally packing my bags. It was really nice that when we were both ready we went through Carshalton Gardens on the way to a cafe for a final coffee and natter. 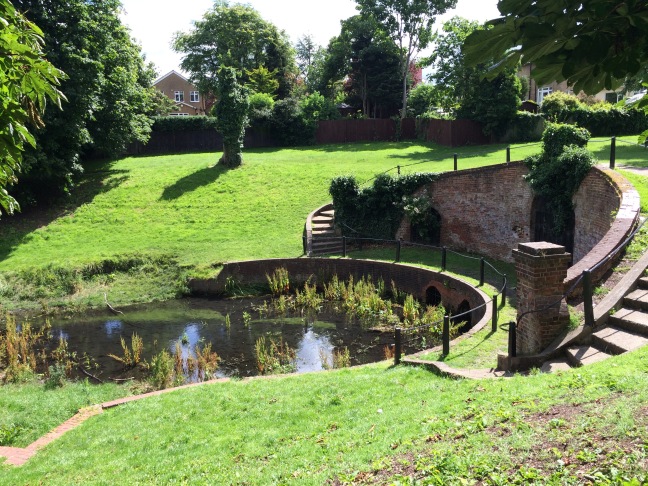 The decor called to Clare like it was the mothership. Quirky staff, floral aprons, delicate tea china and a menu to suit. I didn’t order the high tea or scone, but opted for a rather quaint egg mayo sandwich. Very sophisticated and proper. I reckon if they stay as busy as they were for the next few months, they should still be there when we return and definitely be worth a visit. Chances are Clare might be working there, so it could be our only hope of seeing her in the future. 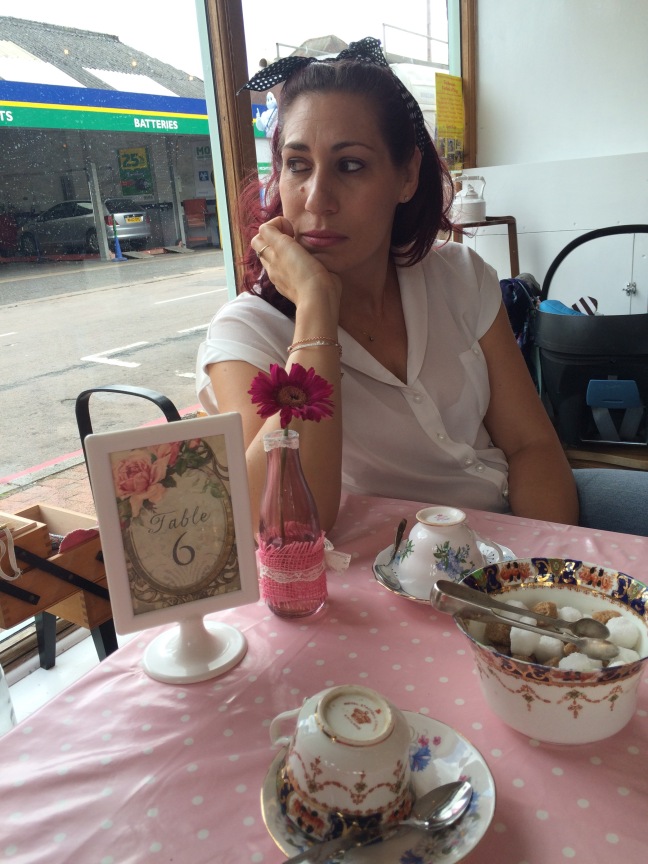 Detouring back and forth through the Ponds, I escorted Clare to the train and said goodbye. The walk was nice and the squirrels were a big plus. On the X26, in to Kingston and I picked up a new debit card for Katherine. The other one was cancelled 272 days ago as we sat in the terminal about to board our flight to Delhi. The same terminal that I wandered around later today. Collected and with loads of time to kill I went to the cinema. Independence Day: Resurgence in IMAX 3D, up close to the screen, was mega. Predictable to a tee, with so many quotes and references to the first one. I loved it, Katherine would have hated it. 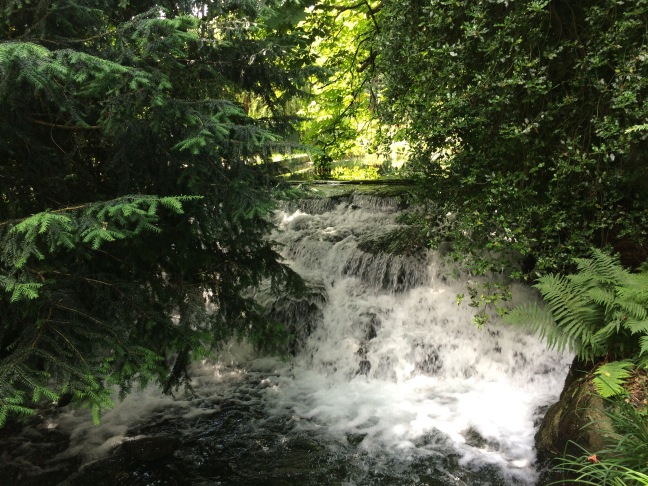 Back on the bus, (lots of people have developed an impatient shovey trait to get on), it crawled to Heathrow. The Heathrow Express has recently started a service starting and finishing at Terminal 4 – which is a big plus to commuters. Not too sure if it’s always been this way or also a new thing, but it was a free transfer from central station to terminals 4 or 5 on the express. So I was delivered safe and sound with plenty of time to a massive queue for the airline. I had already managed to check-in for the flight to China part of my journey, but wanted to try and get my bag checked through all the way to Melbourne. Hence, couldn’t use the bag drop service and waited patiently, with a teenager bumping the back of my legs constantly with a trolley, parents apologising that hopefully she’d be better after a year in Australia. All sorted and through a mixed bunch of very cheerful and very curt security staff. At this stage I had ‘The Sound of Music’ and ‘Leaving on a Jet Plane’, stuck in my head, alternating between the one line from each, driving me bonkers. 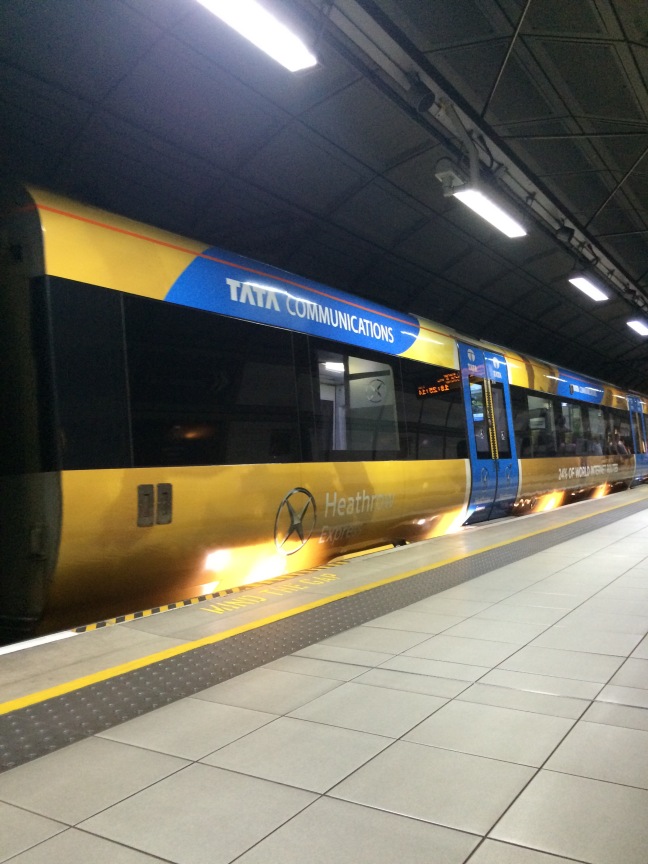 Clearly an issue has been developing at Heathrow with people just boarding the plane whenever they feel like it. Every boarding announcement was repetitive to the point that some PA’s were shouting, that only certain sections could board and people had to sit down and get out of the way. I think this has stemmed from both cultural traditions and the era of cheap flights with unallocated seats. 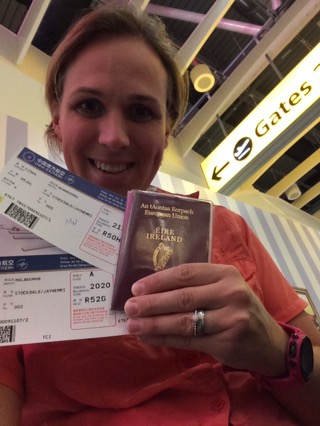 The gentleman next to me on the plane had a thing for leaving the arm rest up, but otherwise was well behaved. Only got up once and wasn’t fidgety. He was only home visiting family and spent most of his time awake playing Chinese word games and watching Star Trek on his tablet. The elderly gent in front actually asked me if it would be OK to lean his chair back so he could get some sleep. How bizarre that I wasn’t surrounded by wind-up toys for a change. But, some things never change – the flight was delayed slightly leaving while waiting for some paperwork and I didn’t put my seat back as I feel that it would be unfair to that person, the seats being incredibly narrow.