A lovely lazy morning. Not sure either of us slept very well after being used to sleeping alone for the past three weeks – obviously both used to more room in the bed, we kept bumping into each other! Took our time getting up, washed and dressed before settling down on the sofa to watch TV. Jayne couldn’t believe how many adverts for selling products there were on ‘The Morning Show’ and I got to point out that they are the same adverts, clearly filmed on a Monday, that are broadcast all week long. Attempted to talk to Jayne about the upcoming weeks, trying to get some input into what we are going to do and if there was anything she felt I had missed in my planning. However, clearly jet lag was kicking in and it was similar to talking to a brick wall… Decided to cut my losses and started on the laundry that she had very kindly brought all the way across the world for me!!! Made us some noddles and cheese sandwiches for lunch as we both vegetated in front of the TV whilst I pottered around doing little jobs every now and again. Tracey’s parents came and collected us at 3.30pm and drove us to the train station to meet Tracey to catch our train down to Melbourne. Thankfully, we had unreserved seating so we were in a relatively quiet carriage which meant we had the four seats to ourselves. Sat chatting for the entire journey, looking out the window for kangaroos and basically laughing at Jayne every time she took a ‘power nap’ (if you can call it that when she practically passed out every so often!). 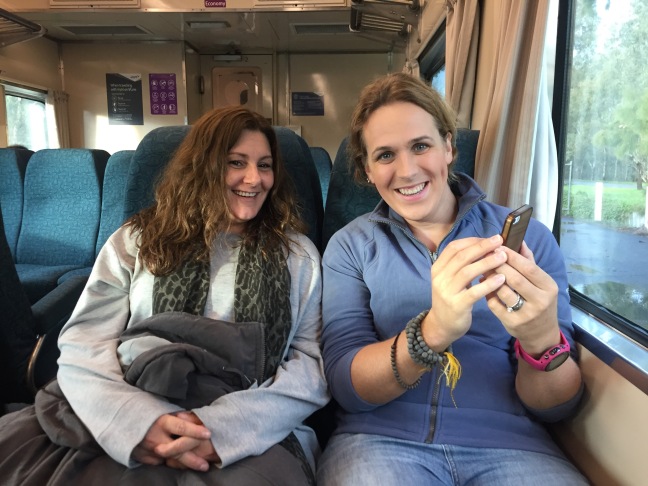 Even though Jayne was in a semi-comatose state, we were still able to get some witty banter going between the three of us, so much so that as we got off the train, the lady opposite us said we had made her night cause we were so funny. She also told me that she absolutely loved my British accent and could have listened to it all night, which is a rarity because it is normally Jayne’s Irish accent that everyone loves. Once at Southern Cross station, we headed towards the Etihad stadium and found a relatively quiet spot on the bridge, looking out over the dockyards. There was no wind and it was a perfect evening to watch the winter dock lands fireworks. Tracey was right – it was missing some classical music to coincide with the explosions and flashing lights, however it was brilliant! 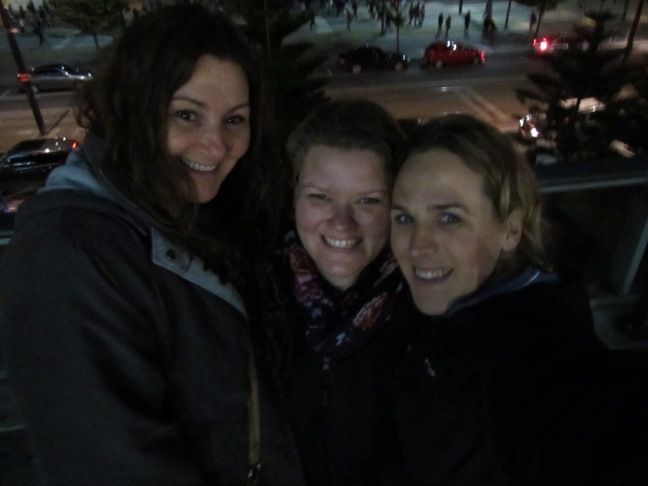 Met up with Ashleigh and her boyfriend afterwards for a quick chat. They had missed the fireworks by minutes as they had gotten on the wrong tram… Said goodbye and headed ourselves to St. Kilda to check into our hotel. Tracey had won a two night stay in a studio at the Tolarno Hotel – complete with champagne and chocolates on arrival – it was perfect! After dumping our stuff and exploring the studio (with balcony) we grabbed our coats and went for a walk down the street. An eclectic mix of homeless people, drug addicts and young professionals, St. Kilda was an interesting place to be on a Friday night. Decided to go to the famous Topalinos restaurant for dinner, sitting by the window so we could watch the world go by. Tracey and I ordered the most delicious pasta dishes, whereas Jayne ordered possibly the biggest pizza ever!

Washed it all down with a bottle of wine before stumbling across the road and falling into bed.