The early morning yesterday clearly affected us more than we had thought… Neither of use surfaced from deep slumber until after 9am! The perils of travelling long term are that neither of us are used to getting up early anymore, let alone on a regular basis – goodness knows how we are going to survive when we return to work!
Pottering around the room, slowly getting ready, clearly was for a reason! Just as we were discussing what to do for the day, I got an email alert from TES jobs… There is a brand new SEN school looking for teachers for January 2017, not far from where we live. A few emails back and forth between me and the school about the role and school meant that any plans for today were out the window as I was going to apply for this job instead! Sorry Jayne.
Knowing that applying for this job on the iPad was not going to be easy and was going to be incredibly frustrating, we headed into town to find an internet cafe. We walked through the gardens just outside of town, enjoying the peace, quiet and beautiful space before we arrived in the manic Main Street. 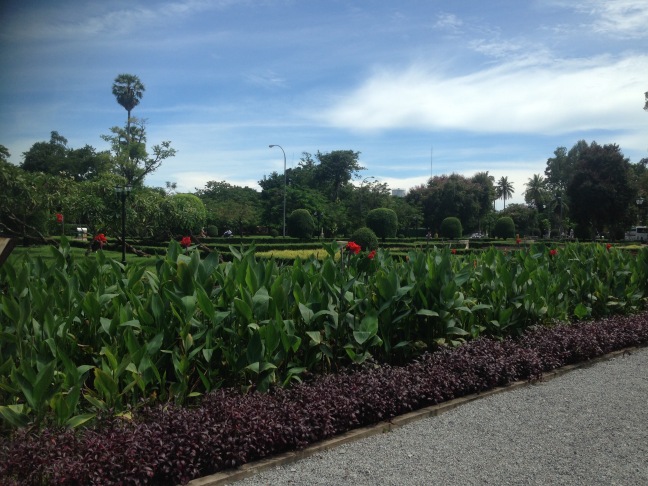 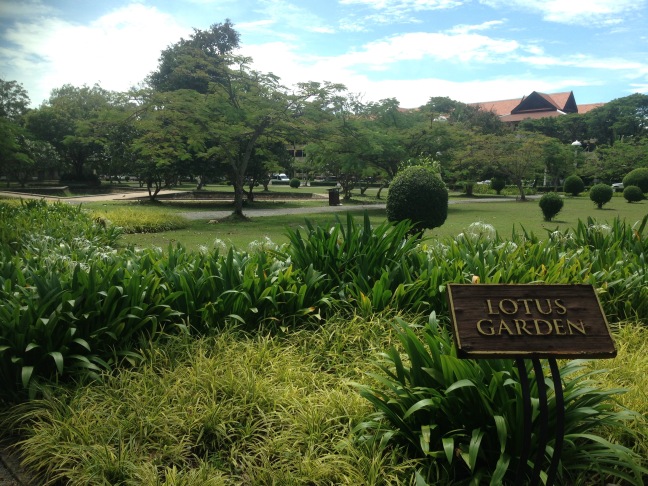 Stopping at our new favourite Pho restaurant, we slurped away on noodle soup – Jayne adding enough chilli in hers to feed an army! – before we found an internet cafe so I could get started. Jayne popped out into town to sort out booking a taxi for tomorrow so that we can visit the second UNESCO site in Cambodia – Preah Vihear – meaning that we have visited the only two sites in Cambodia and it will possibly the last one that we will be able to visit before our one-year travelling anniversary.

Tucked in a little cubical in a darkened room with Cambodian men, I had vivid memories of the man watching porn all the way back in India so I was delighted when Jayne came back! Three hours later, I was done and Jayne was bored! There is only so much research and Facebook you can do in a room that stinks of cigarette smoke, despite the no smoking (and no guns!) signs everywhere! Leaving the cafe, I was surprised to see that it was getting dark – apologetic for ruining our day, I treated Jayne to a drink as we walked back to our hotel. I had a ginger bear and Jayne continued her trial of new drinks. This time she chose a weird drink that was a mix between cherry coke and cough medicine!
Got back to the hotel and got a message from Hoai asking us out for dinner. Had about an hour at the hotel before we needed to head back into town. Went to a traditional Khmer restaurant in The Lane. I had a really nice spicy curry whilst Jayne had beef with ginger. Hoai had a soup which he let us try – the overpowering smell and taste of stinky fish was unforgettable. So glad that he had ordered it! Finished our meal at the Blue Pumpkin cafe for some ice cream before catching a tuktuk back to our hotel. 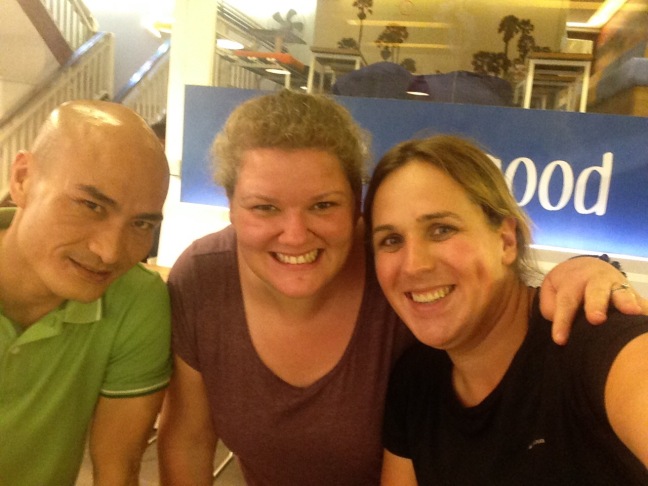