Now, we weren’t expecting good things from today. The guy who sold us our tickets was clearly a scam artist and we had kicked up a bit of a fuss yesterday when we went back to confront him. We weren’t expecting the day to go without incident and we were right!

Leaving out guesthouse at 6am to make sure we were at the pick up point early enough so it couldn’t be claimed we weren’t there, we waited… And waited… And waited. Jayne called the number he gave us for ‘any problems’ but it was turned off (or disconnected!!). Fortunately, a staff member used a different number and within five minutes, a mini bus had picked us up and was driving us towards Phnom Penh. We were waiting to see if the other rows of seats got crowded since we had ‘paid extra to not share our seats’… Clearly wasn’t going to happen as everyone had their own seat the entire journey. Stopped at a rest stop after about 2 hours for a late breakfast / early lunch. We ordered a bowl of noodle soup although I ate most of Jaynes meat – it was either beef liver or tongue. I loved it! It reminded me of being back in France. Back on the minibus for a couple of hours, we arrived in Phnom Penh – in the middle of nowhere. I made Jayne stay on the minibus whilst I sorted things out. We were supposed to have bus tickets in our hands for Kampot at this point and a transfer to the bus station. Fortunately, the bus driver seemed to understand my hand gestures and I was pushed back into the minibus and I was given a mobile phone. I ended up speaking to the boss of the travel agency we had used who said we had bus tickets to Kampot but needed to pay another $15. For those who don’t know me, I rarely get angry, but at this demand I lost it! I could see the driver look at me in the mirror as he negotiated the busy streets as Jayne rubbed my leg telling me to calm down. Turns out the boss didn’t realise that not only had we paid for the entire journey but also that Map had taken so much money off us – even he was shocked at how much we had been charged. He agreed we didn’t have to pay any extra but ‘conveniently’ couldn’t get hold of Map to confirm our overpayment for a refund… At least we had bus tickets in our hand at this point and were at the bus station. In the grand scheme of things, it was only $20 but it is the principal of the situation. Consoled ourselves with the fact that this is the first time it had happened during our year of travelling and it was a lesson learnt not to pay for anything when we are tired!!!

Got a pork baguette sandwich and some crisps at the bus station before boarding a second mini bus to Kampot. It wasn’t very busy. In fact, there was more parcels and packages to be dropped off en route than passengers! Passed the time watching ‘Game of Thrones’ and watching the countryside pass by. Dropped off the other two passengers in the seaside town of Kep before continuing the last thirty minutes to Kampot. 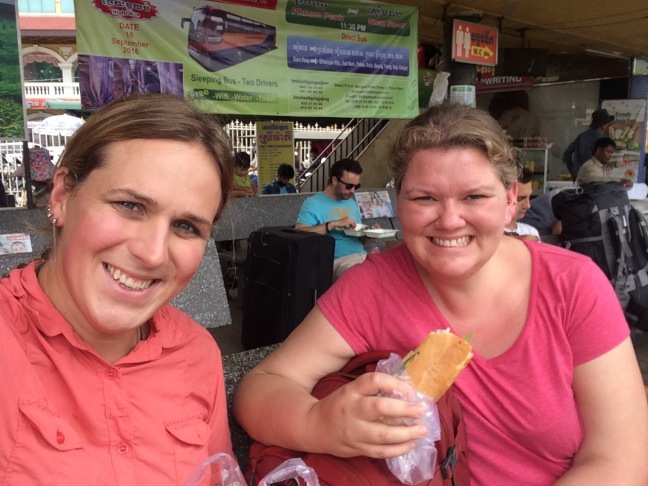 Turns out our cheapest guesthouse of the trip is one of the nicest!!! Amazing beds and a lovely bathroom, we are both a bit gutted that we are only here for two nights. Headed to the waterfront and walked past the colonial buildings decorated with hundreds of fairy lights. Made our way slowly to the night markets where we had fried noodles and fried rice sat in the middle section with the funfair rides for children. The merry-go-round looked particularly fun as each horse was held on with ropes which meant you could swing them even more… And the kids did! So much so that one almost fell off. Walked to the supermarket to grab some breakfast supplies and an ice cream before heading up to the softest and thickest mattresses we have had in SE Asia. 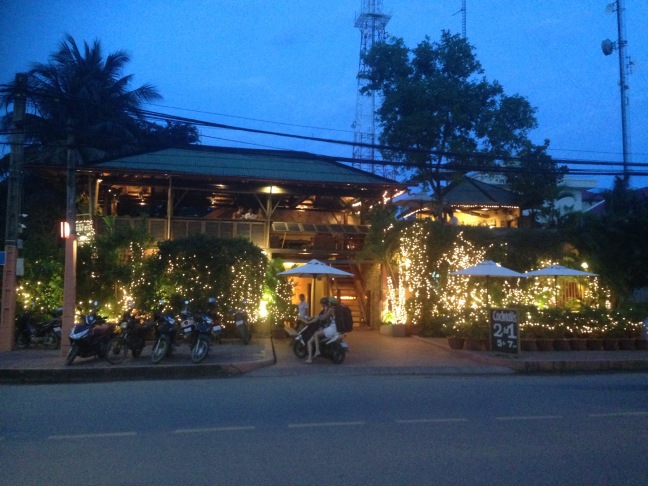 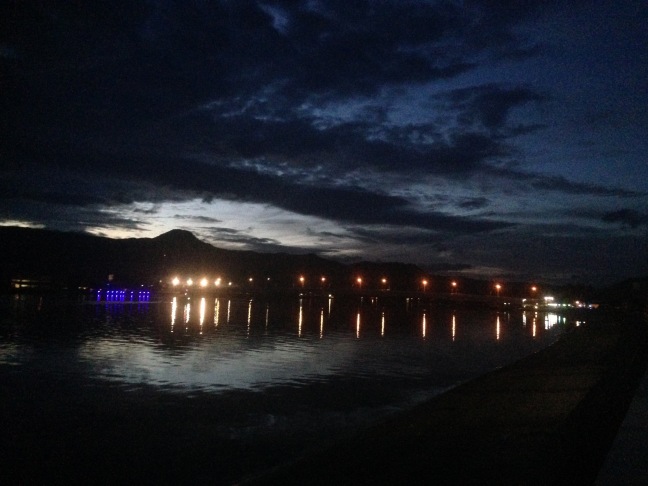