Up, showered and dressed, we started pulling stuff together and into packing cubes. We stopped when we got the signal that breakfast was ready. We were going to miss the owners, the resort, our strip of au natural beach and the sound of the waves. Katherine finished the packing and I did a bit of a spring clean on the beach. I didn’t want the plastics washing back out to sea at the next tide or for a large pile ending up on the bungalow steps when it got in to full monsoon season. A quick zip around filling up only one plastic bag and I must have got about a dozen cigarette lighters and thrice that in bottle caps. I think the scorn from a princess at the posh resort next to us was a bit much – rubbish that everyone throws at the side of the road, in to the stream or sea will eventually end up in a pile like this, and because of the extortionate price tag on her room, the hotel can afford cleaners to take it over to other sections of the beach. I felt good for doing only a small bit, but she had annoyed me. Grrr! 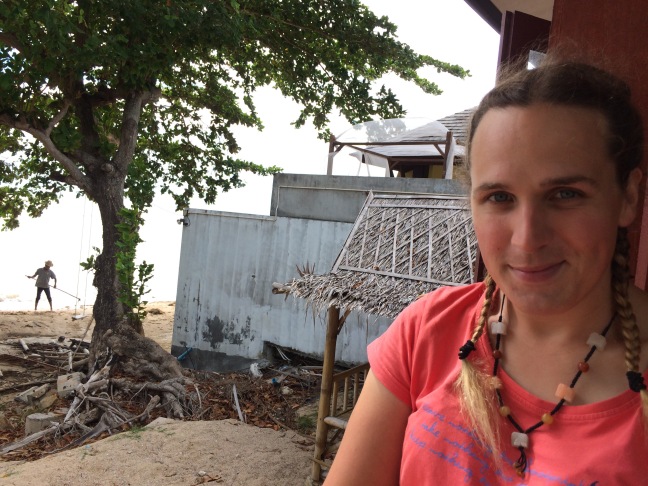 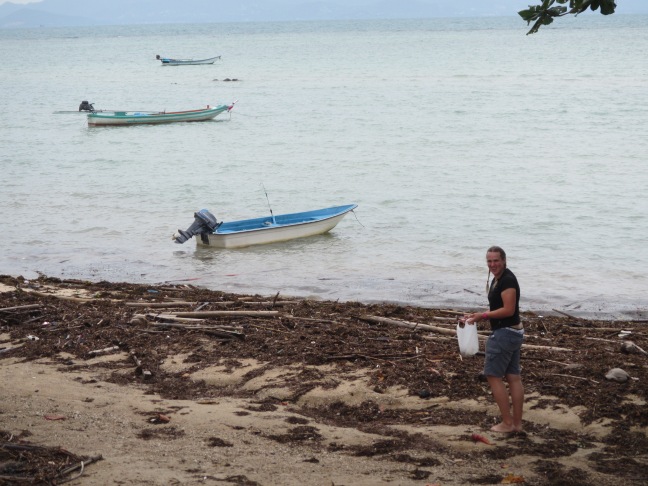 Another free ride in to town, we arrived well before our ferry was due to depart. Thus, we exchanged our travel agency docket for our stickers and ferry tickets. Plenty of time for Pad Thai noodles from a little stand in the ferry terminal grounds. Queued up in a well organised system and found seats out of the way with the air conditioning keeping the cabin a bit cooler than outside. Screams from some lads outside kept annoying people as it was a bit like crying ‘wolf’, everyone thinking that something had happened, but that it was only them messing about on the stern. We arrived and joined the throngs of people milling down the jetty to get out in to the town. Katherine and a few others were misfortunate to be stuck behind some girls that couldn’t even lift their backpacks, let alone get it on themselves. We eventually met at the end of the walkway and proceeded to walk in the direction of our resort. Another case of wrong location on the part of Booking.com, the owner of Happy Bungalow wasn’t impressed that this issue still hadn’t been fixed and hundreds of tourists want to walk through his establishment to find a non-existent resort. We did find our place (he knew exactly where it was) and settled in to a cosy little hut. 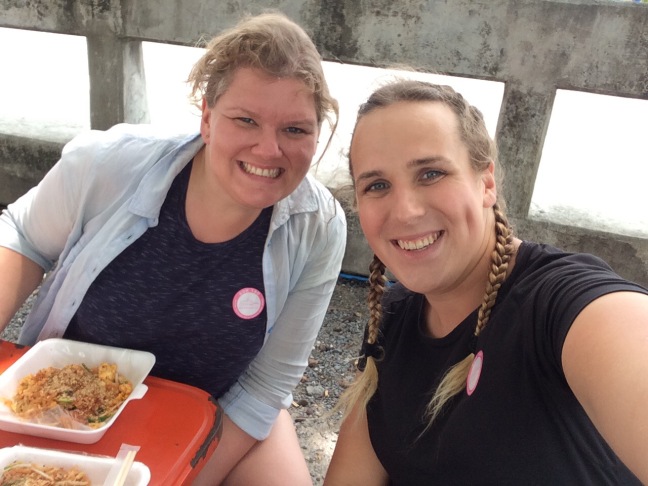 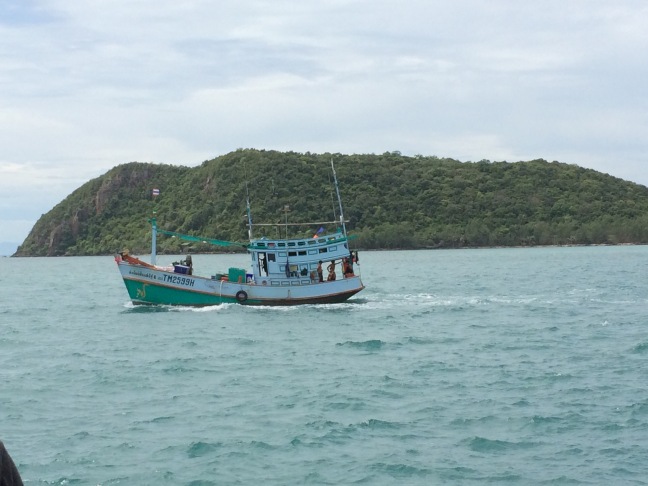 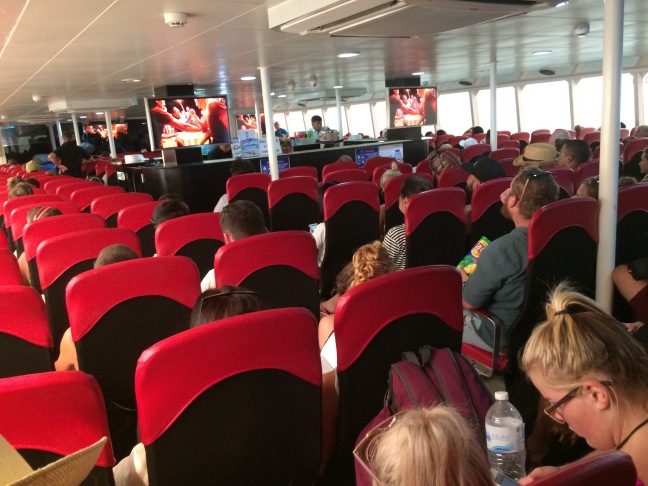 We went for a walk across the beach. We’ve never been anywhere before that had so many dive centres in such a small area. Everyone was trying to undercut someone else on a particular package. It was astounding that there was a steady stream of dive boats passing off shore and students sitting around hotel pools and wading in/out of the beach. We might have to look in to some diving. For now, we walked the beach, enjoyed some crisps and electrolyte drinks on a rock and dodged the minefield of jellies hiding in the sand next to the clear plastic bags. 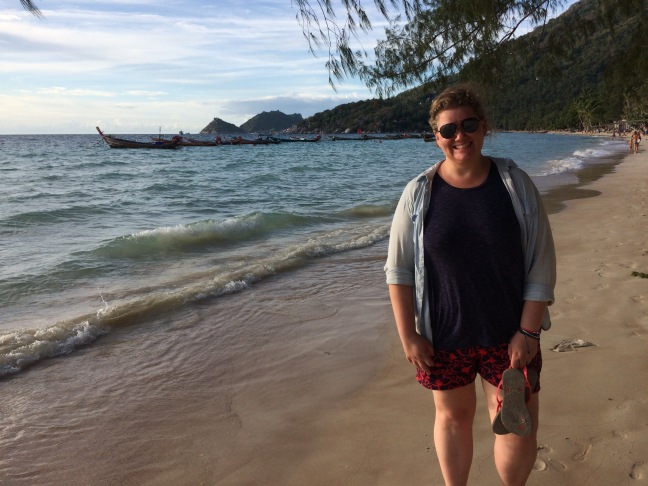 We didn’t know where to eat. Everywhere seemed to be doing the same type of food, with varying degrees of success. Some places were jointed, while others were a ghost town. Plus, the further we got away from the tourists and main beach, the cheaper it got. So, we tried a small place near the garage and resort, as you’ve guessed it, that had some locals eating there – always a good sign. Fed and watered and more tired than expected from the heat, we called it a night and watched the iPad for a bit before trying to sleep on the bed donated by the Flinstones. 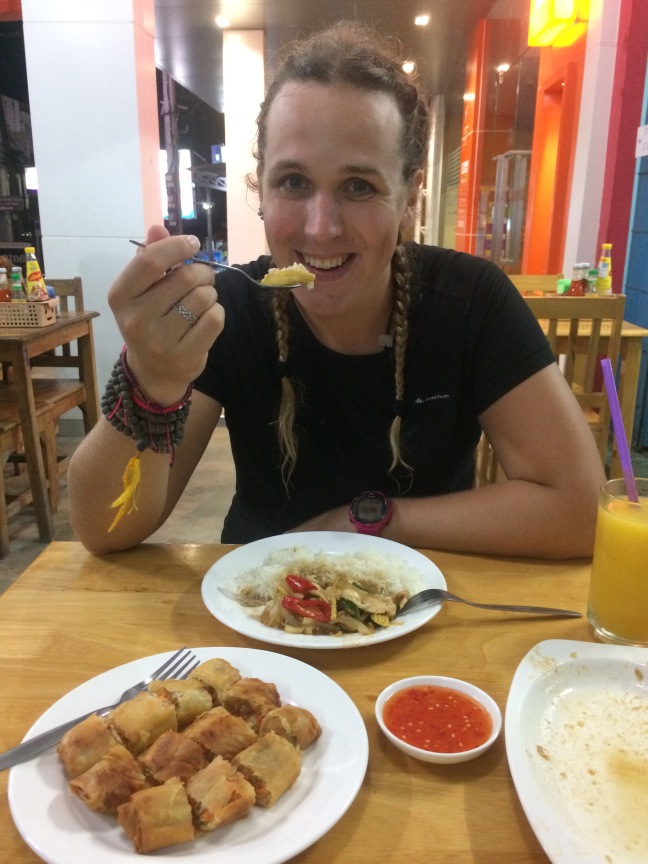