Up and sprightly, I convinced Katherine it was a good idea to come with me to get the ferry tickets early before the queues. We were the first to register for that scheduled ferry, and while we were earlier than the lady at the counter would probably have liked, we at least had our tickets and stickers to get us on board. That was the main thing. Over at 7 Eleven we got some plain yogurt to go with the last of our muesli and we strolled past a selection of the multitude of dive centres for the last jaunt up the hill and home. The ‘garden’ resort was still a bit dead despite the recent rain storm and maintenance, but we enjoyed having our brekkie out on the deck one last time. 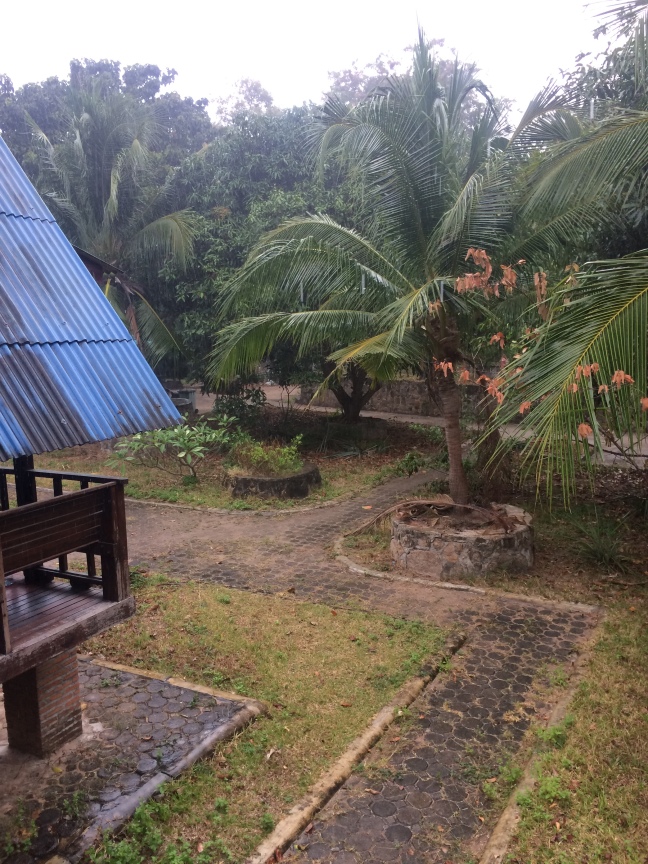 Shoals of tiny silver fish rotated in a hypnotic tornado fashion, becoming greater and smaller bait balls in a graceful fluid motion. The people on the jetty throwing bread in to the water, 90% of the time not reaching the fish, didn’t realise the harm they were causing. The jerky movements of the fish attracted larger fish to their whereabouts and a few of them were picked off for an early breakfast. 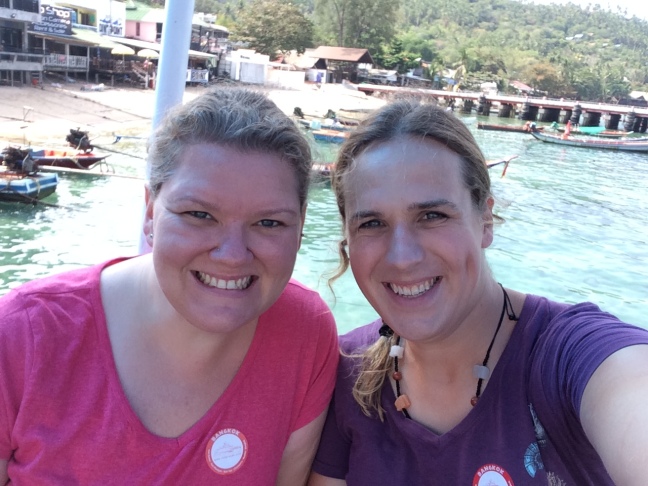 On the ferry, we found seats near the front left (i.e. towards the bow on the port side), remembering what it was like to sit downwind of someone who hadn’t wash in a month and the door to the deck slamming constantly on the last trip. So, it was an easy cruise to the mainland with rock formations and small islands becoming more frequent as we got closer to our destination.
Queueing up for the bus tickets, the company had the whole thing well organised. If only they would enforce the rules about where people could and couldn’t smoke – moving twice to escape the clouds engulfing us. The seats on the bus got muddled up. Youngsters sitting wherever they wanted confused the ticket lady whom was ensuring we were in our allocated spots. It backfired on the girl behind me as the seat was broken and stuck in a reclining position. Ha! 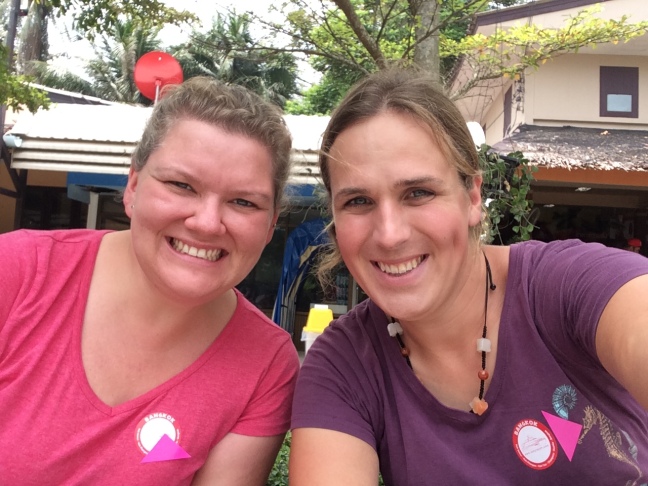 Stopping at a sizeable bus stop/restaurant, we were the only tourists who braved the local noodle soup. Everyone else opted for meat on a stick and/or Pringles. We did get an ice cream as a treat as well – more expensive than the meal. 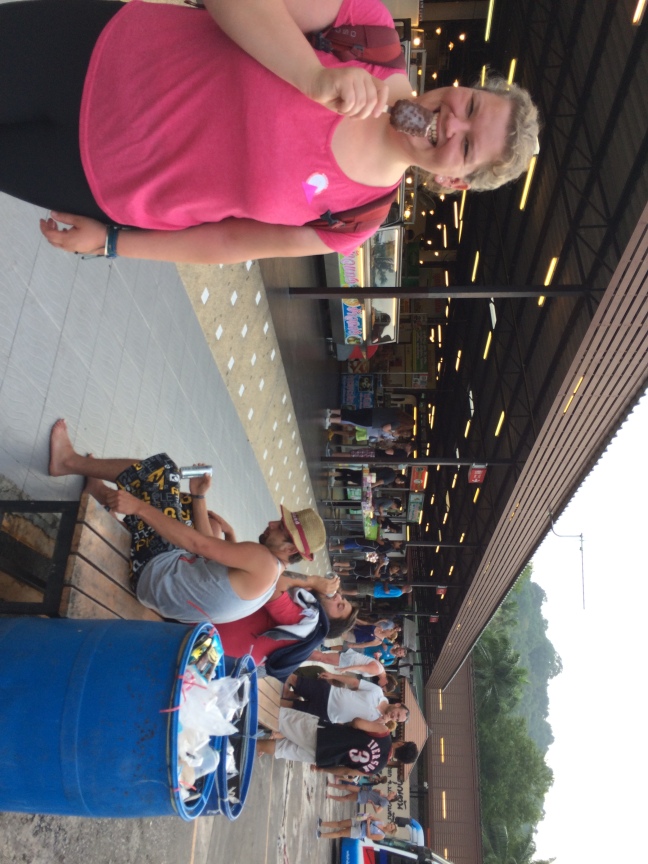 We eventually got back to the capital, the iPad battery had just about managed to last (with the help of a battery pack) and we were deposited just north of the infamous Koh San Road. We hoped that the ferry would be running at this time of night and headed in that direction. Alas, a quick chat with a police officer and he told us it was closed at this time. So, we decided that the best thing to do was get a taxi. But, with traffic being a nightmare so close to the palace grounds and touristy area, we walked for about half an hour southwards, towards the bend in the river and flagged down a taxi from there. Got back to our trusty hostel, to have to argue with them about the room and price. The usual girl had gone on holiday and the Ines left behind, although they knew us and could see the frequency of our stays on the system, decided they wanted to be arsy about the whole thing. It got sorted, we had dinner with our favourite restaurant of all time and called it a night.