The mattress is amazing. I know this is a trivial matter – who cares about a mattress. But, weeks and months of soft beds, hard beds, beds that envelope you, single beds, mosquito infested rooms, night buses, etc. only to have a double bed that has a nice soft top layer to it, but support for your back… bliss! A semi decent shower, a scrumptious breakfast of muesli, fruit, yoghurt and honey (pushing the boat out) and we were ready for the day. To do, pause for dramatic effect, diddly squat. Exactly what the doctor ordered.

Hours of reading books, filling in magazine puzzles, watching tv episodes, interspersed with fried rice, shakes, and the pleasure of an ocean backdrop. It was time to unwind and our bodies didn’t really know if it could handle it. I banged out another job application in vain attempts of being productive and hopeful. Katherine caught up on some WordPress blogs. 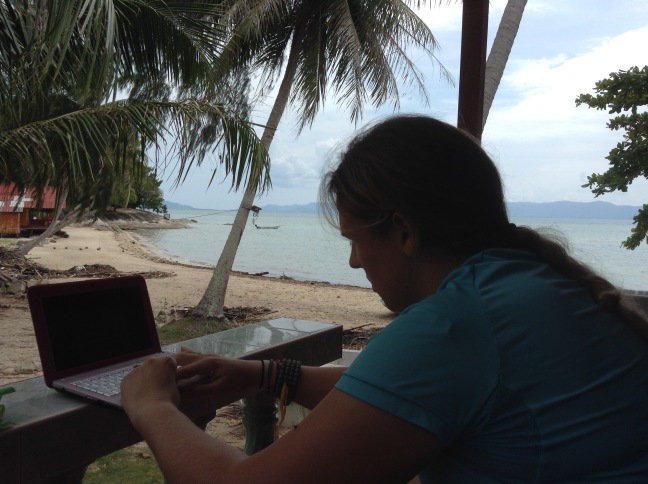 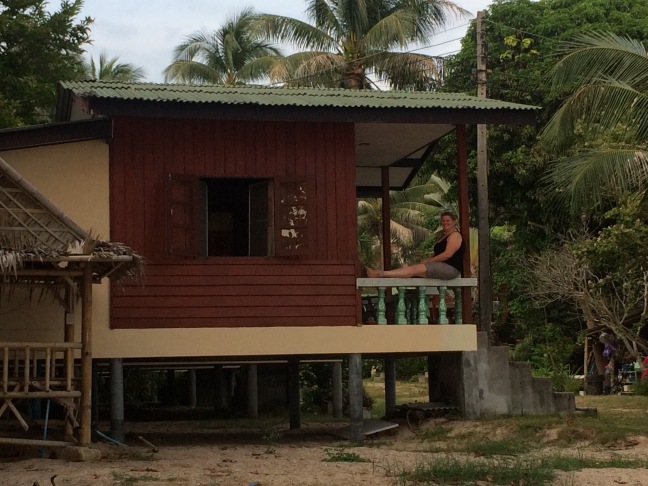 We went for a stroll out to the sandbar in front of our shore. It was relaxing walking out in the shallows, seeing baby crabs wiggle their calcareous little bottoms into the sand and worms retracting from the shadow we cast over them. The umbrellas on the sandbar were a little out of place. Nobody had used them all day, but perhaps it’s the impending bad weather and not so pristine water conditions that are keeping folks away. I can imagine deck chairs arrayed in the high season and a drinks menu being brought out several times a day. For the present, it was nothing how it could look, but we have good imaginations. 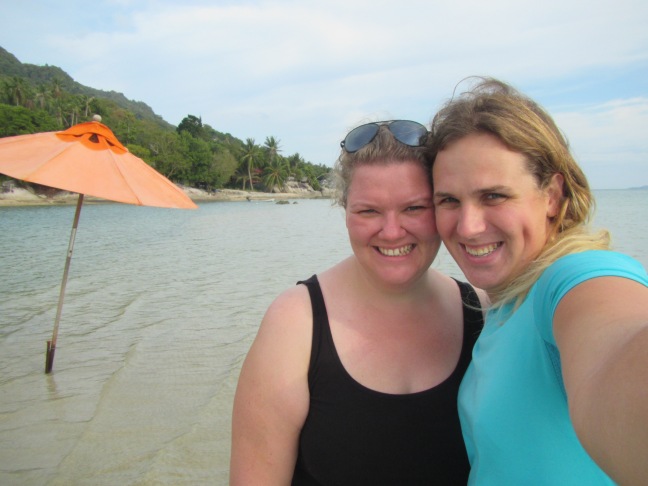 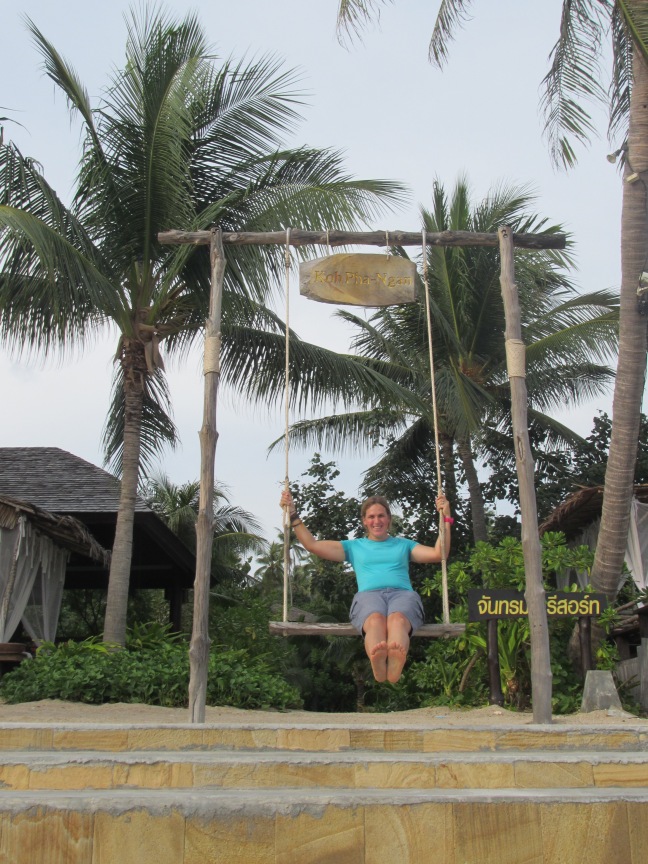 The same hotel next door that provides the umbrellas on the sandbar are the same same ones that rake the sand and leave the detritus in front of our hut and plays films on the outdoor screen. Not to worry, we enjoyed the flame poles they stuck in the shallows and the giant, illuminated ‘love’ sign on wooden platforms. It’s a nice feature and probably for the benefit of the honeymoon suite right next to us. So, we’re doing pretty good with cheaper accommodation (presumably), fresher food (we can see it cooked from scratch) and the same views (albeit ours has a bit more rubbish). Not bad work on Katherine’s part to find us this pad. Score! 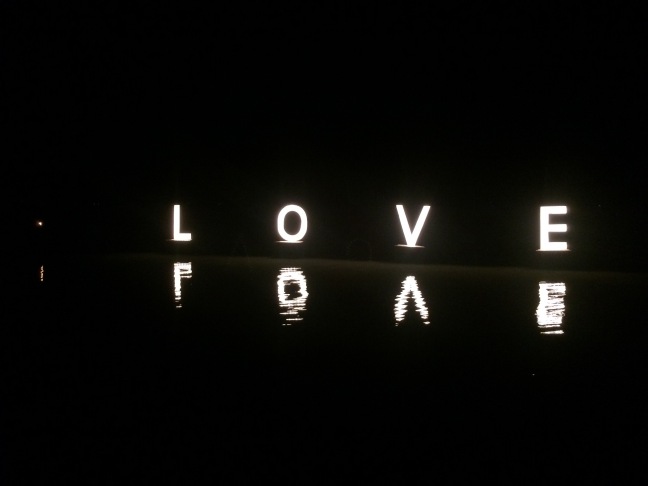